The State and Federal water projects requested on March 16, 2017 a higher take limit for Delta smelt under their endangered species permits for the south Delta pumping plants. Under the present pattern, it appears that the take limit set in the 2008 Delta Smelt Biological Opinion may soon be exceeded. The request states:

“Although mechanisms underlying recent salvage events are unknown, some possibilities include relatively high turbidity throughout the Delta over an extended period of time leading to increased movement; broad distribution and/or high survivorship in the South Delta and connecting areas; and further migration movements due to natural seasonal influences and prevailing flow and environmental conditions. … Reclamation is not currently proposing any export restrictions, as we believe this would have little functional effect given high Delta outflow and optimal Delta smelt habitat conditions.”

In response, the US Fish and Wildlife Service stated it would review the situation and respond as soon as possible.

Acting in its role of advising the US Fish and Wildlife Service, the Smelt Working Group concluded on March 14:

Recommendation. Since the Smelt Working Group did not provide a recommendation, I offer the following advice:

Wet year winter losses of adult spawning smelt have always been a concern. This is the reason for the take limits. Relaxing these limits this year is unwise and unnecessary. The adult Delta smelt are now in the peak of their annual spawning run. The state and federal projects have already exported an abundant water supply this winter, and the projects should limit exports at the peak of the Delta smelt spawning season. With the State Water Project pumps shut down for repairs, a reduction of Central Valley Project exports from the present 3800 cfs to 1200 cfs could provide a real benefit. There is all the more reason to do this considering the severely depressed state of the smelt population and the possibility of some recovery in this wet year. 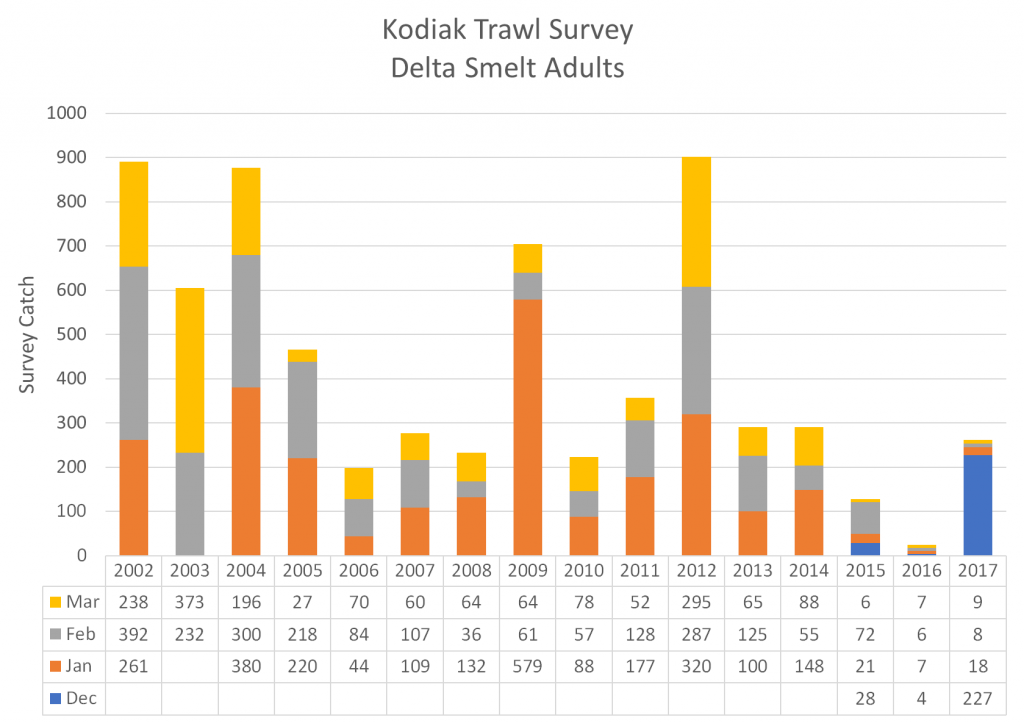 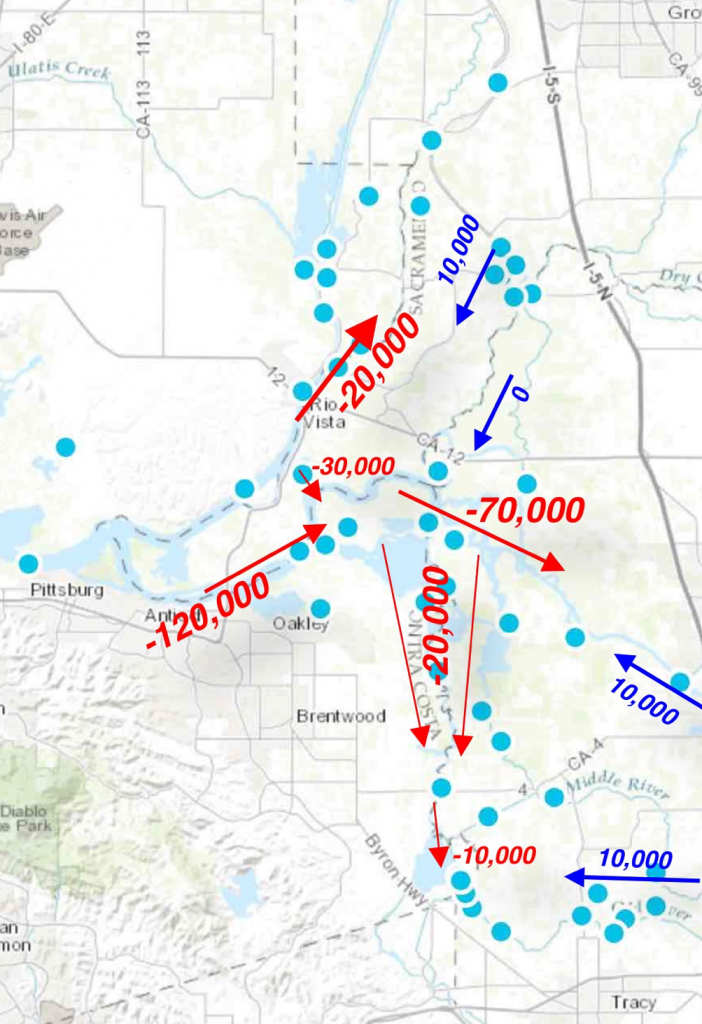 Figure 2. Late March peak flood tide flows (cfs) in the Delta. Positive downstream flood-tide flows continue in the Sacramento River and San Joaquin River channels. The Delta Cross Channel remains closed, and very strong flood-tide upstream flows thus continue into the central and south Delta. Exports have been only 3800 cfs because the State Project pumps at Clifton Court were shut down for repairs to the forebay intake. A rise in take limits would allow exports to reach 10,000 cfs or higher once forebay repairs are completed. Data source: USGS.