Last time I posted on splittail, it appeared that the species remained relatively abundant (though declining) in its core population centers in the Bay. I was concerned about population recruitment during the 2012-2015 drought and whether there were sufficient adults remaining to bring about a strong brood year in wet year 2017. The traditional summer and fall surveys will be the best indicator of success. At the end of spring, the best interim indicator is splittail salvage at south Delta SWP and CVP export facilities. In wet years, south Delta export salvage likely best reflects San Joaquin River splittail production.

I compare salvage in 2011 with 2017 in Figures 1 and 2 for the SWP and CVP, respectively. These were the only wet years since 2006. Wet years provide good spawning and rearing conditions for splittail. These conditions often create strong year classes of juvenile and adult splittail as shown in summer and fall fish surveys in the Delta and the Bay.

Though the density of juvenile splittail in salvage is lower in 2017 than 2011, winter and early spring flows were higher in 2017, which could have led to broader dispersal. Very high late winter and early spring flows in the lower Sacramento River system including the Yolo Bypass may have transported north-of-Delta splittail production directly to the Bay, bypassing the south Delta and its export facilities. Spring flows in the two years were similar in magnitude when young splittail traditionally move downstream through the Delta toward the Bay. It remains to be seen whether the difference in salvage plays out as a discrepancy in recruitment in the Bay populations. Local spawning recruitment in the Napa and Petaluma rivers and in Suisun Bay/Marsh could be strong in years like 2017 and could make up for lower recruitment from the Sacramento and San Joaquin river valleys. The primary concern is long term trends in the core adult population centers in the Bay that for now remain strong. 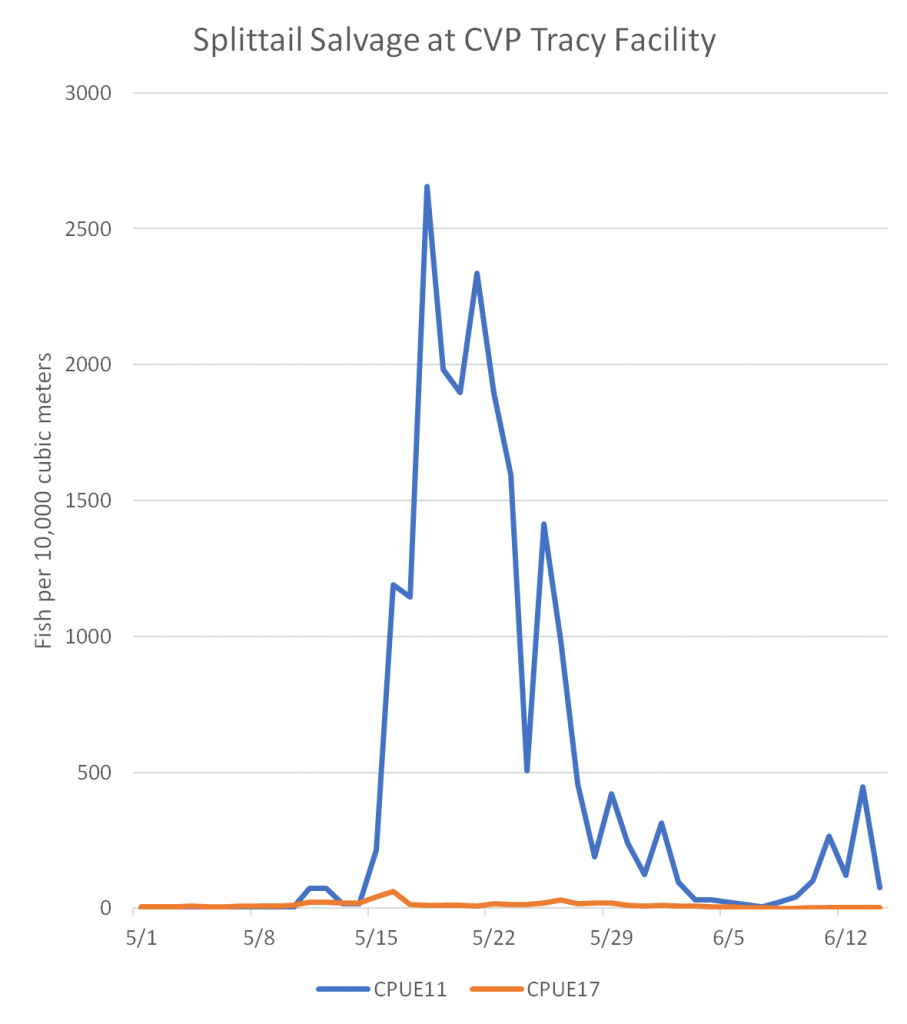