Shasta Dam releases were cut by a third during the first week of November, dropping water levels in the Redding salmon spawning reach by one to two feet (Figures 1 and 2). Delta CVP export demands declined, water temperatures dropped, and rain contributed modest flows from lower Sacramento tributaries, thus minimizing need for Shasta releases. Fall X2 flows are no longer are needed in the Delta. Might as well cut Shasta flows to save water for next year!

But somebody forgot that tens of thousands of spring-run and fall-run salmon that just finished spawning in the 50 miles of river below Shasta around Redding, Anderson, and Red Bluff! Will the water level drop hurt the fresh spawning redds? Yes, most certainly!

Figures 3 and 4 show depth use and optimum suitability for fall run Sacramento River spawners. The most used depth and optimum suitability for salmon spawning is between one and two feet. A one to two foot drop in water levels after spawning is not likely to create a good outcome. It would dewater many redds. It would lower flows and provide less oxygen, and more siltation in the redds that remained in the water, causing significant egg/embryo mortality of the eggs that survive the initial drop in the water level. These conditions could lead to a major loss of wild salmon production.

There is no valid reason for cutting the flows. Shasta storage is 3.15 million acre-ft, 120% of normal, near the all-time record of 3.25 maf for November. Who is guarding the henhouse? Where is that wonderful adaptive management federal and state agencies brag about? 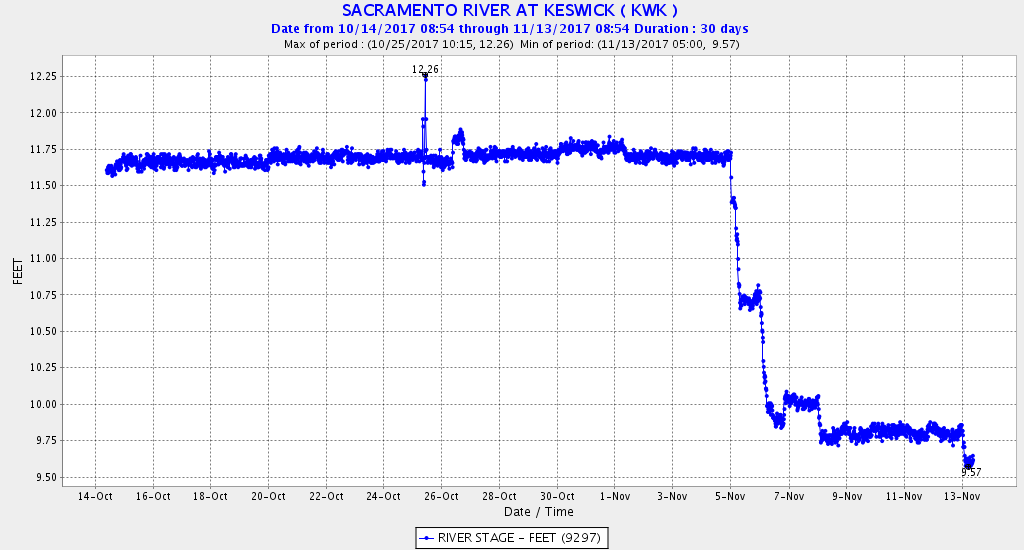 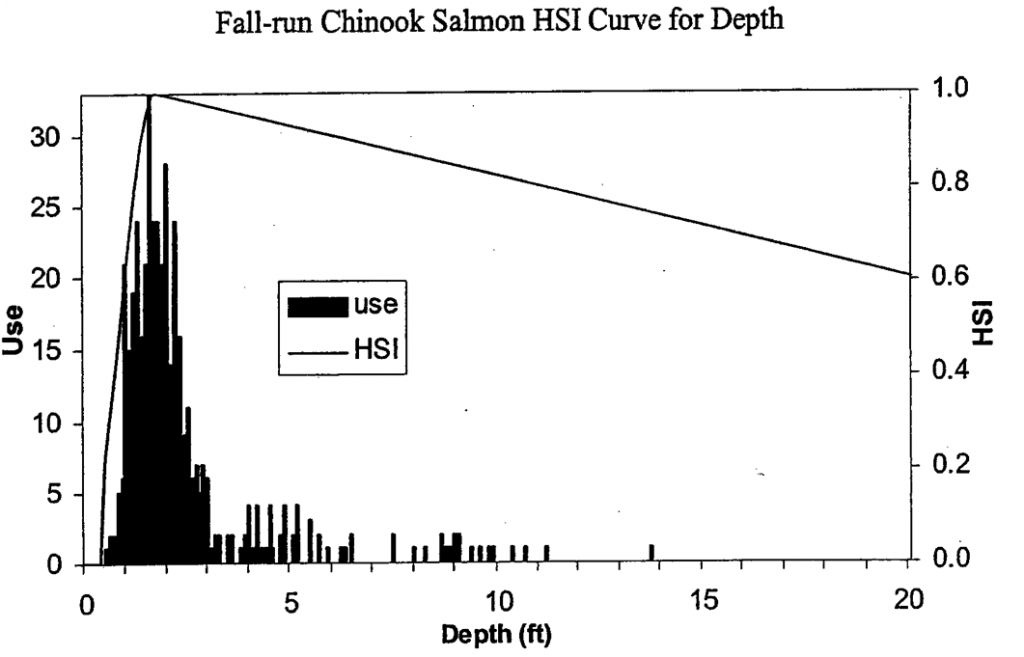 Figure 3. Habitat suitability and use of fall run salmon by water depth for spawning. (USFWS) 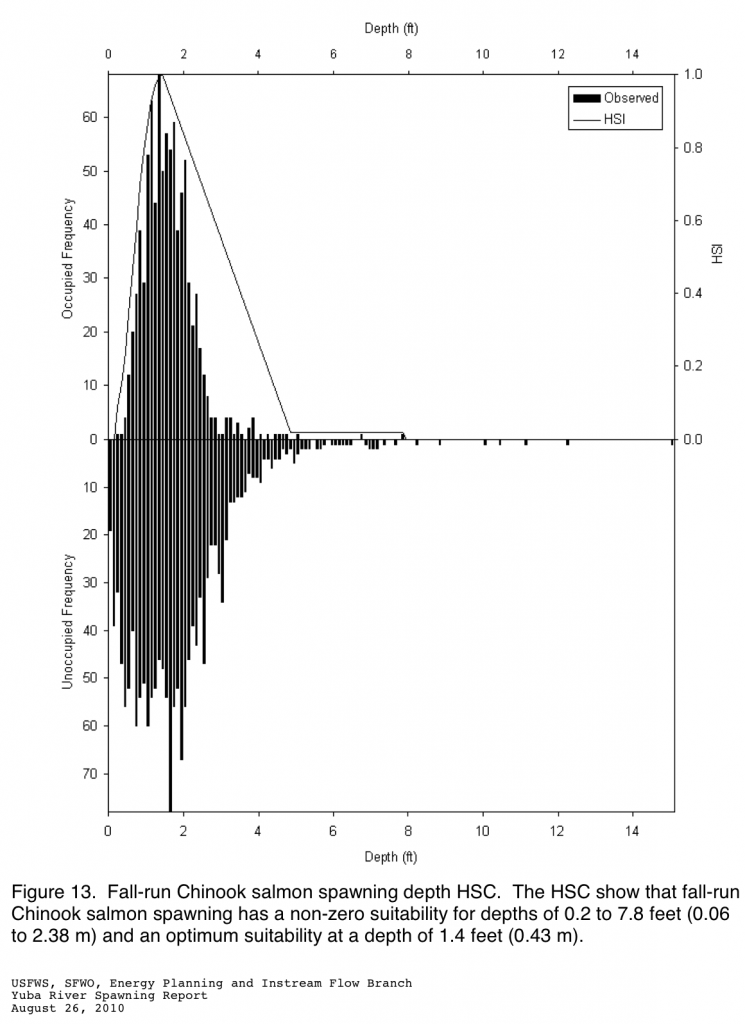 Figure 4. Habitat suitability and use of fall run salmon for spawning. (USFWS)