In a January update on late-fall-run salmon, I noted record low runs of late-fall-run Chinook salmon to the upper Sacramento River in 2015 and 2016. That trend continued in 2017 (Figure 1), as shown in recent data published by the California Department of Fish and Wildlife.  Spawning runs from 2015-2017, the product of runs from the 2013-2015 drought, were three lowest since year 2000.

As it was for spawning run 2013, the rate of return for 2014 spawning run of tagged late-fall-run hatchery smolts was very low (Figure 2).  I concluded in the prior post that low river flows and lack of flow pulses caused the poor return rate.  There were flow pulses in winter 2014-15 (Figure 3).  However, only the later season release group responded strongly favorably to a flow pulse (Figure 4).  This  suggests that later winter releases of fish from the hatchery, in combination with flow pulses, provides higher rates of returns for hatchery fish.  Prescribed flow pulses from Shasta Reservoir in dry winters like 2014-15 (Figure 5) appear to improve survival of late-fall-run hatchery smolts. 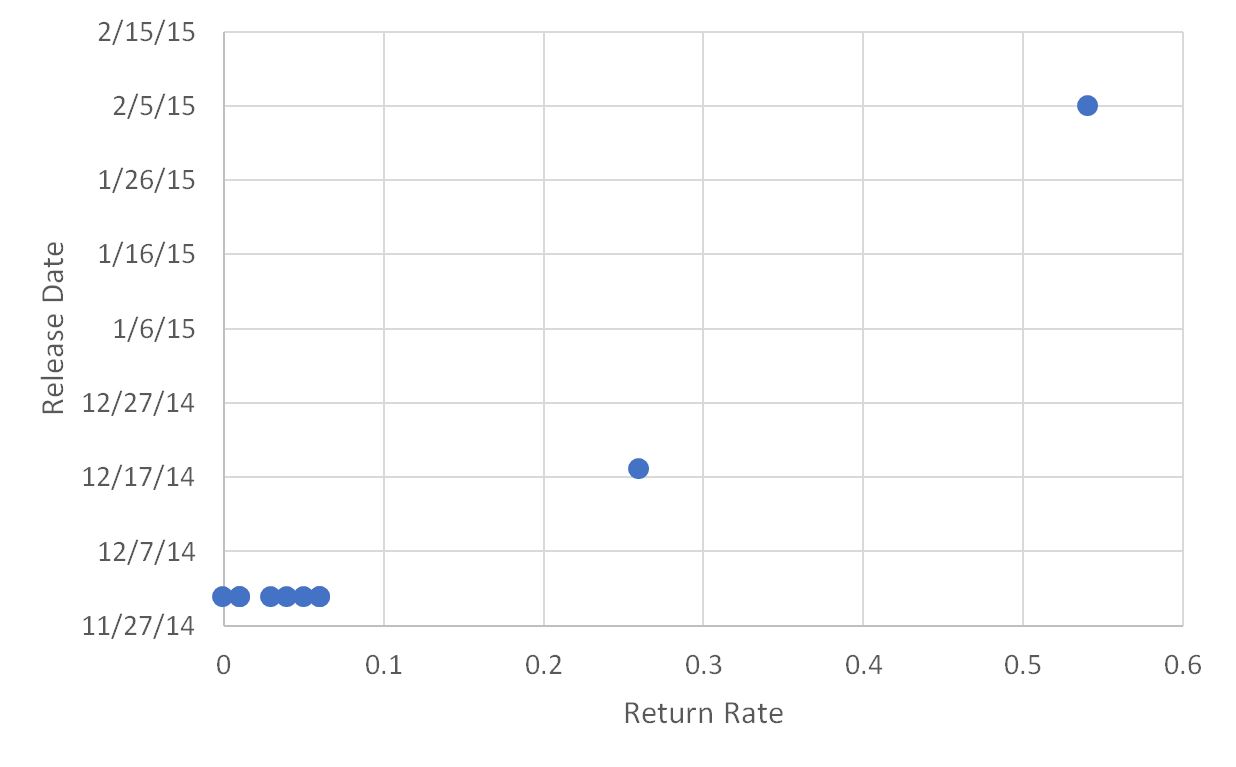 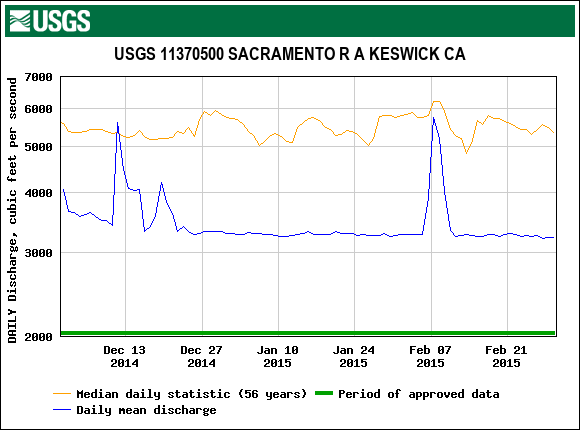