The Delta is an important nursery area for Central Valley Salmon. This fact continues to be ignored or under-appreciated. The phenomenon is fully consistent with the general science on salmon in their southern range in the eastern Pacific. Nearly all California Chinook salmon are “ocean-type,” meaning that juveniles reach the ocean in their first six months after rearing for extended periods in estuaries. To grow, young salmon fry need to rear in winter in warm productive areas of floodplains and tidal estuaries (Bay and Delta). Flood control infrastructure limits floodplain habitat except in wetter years. Water management, mainly reservoir storage, limits transport of fry to the Bay except in wetter years.

That leaves the Delta as the key nursery area in non-wet years. Thus, the state of the Delta in non-wet years largely determines the success of Central Valley salmon. Salmon smolt production to the ocean is one to several orders of magnitude lower in drier years, which is the fundamental cause of salmon run declines over the past several decades during periods of drought (Figure 1).

Getting salmon fry to the Delta, successfully rearing them in the Delta, and then getting them to the Bay and Ocean are keys to their success. Peaks between droughts, and even small runs during droughts, are driven by trucking smolts from the hatcheries to the Bay and Ocean, bypassing the Delta survival sink. Without hatchery contributions, the underlying pattern for wild-natural salmon would show drastic declines during and after droughts. Improving Delta-derived smolt production is the key to improving the wild component of Central Valley salmon.

For nearly four decades, I have been promoting Delta salmon habitat improvements.1 I have also helped show the importance of winter rearing of salmon fry in the Delta.2 I have also conducted a comprehensive review of Delta salmon rearing habitats and restoration.3 In other posts in this blog, I have offered much discussion on the role of the Delta in salmon production and survival.

The State Water Resources Control Board is in a multi-year process of updating decades-old water quality standards. Focusing on salmon as a key public trust resource is the way to go. The new standards need to assure that fry get to the Delta, do well in the Delta, and then get to and through the Bay to the Ocean. 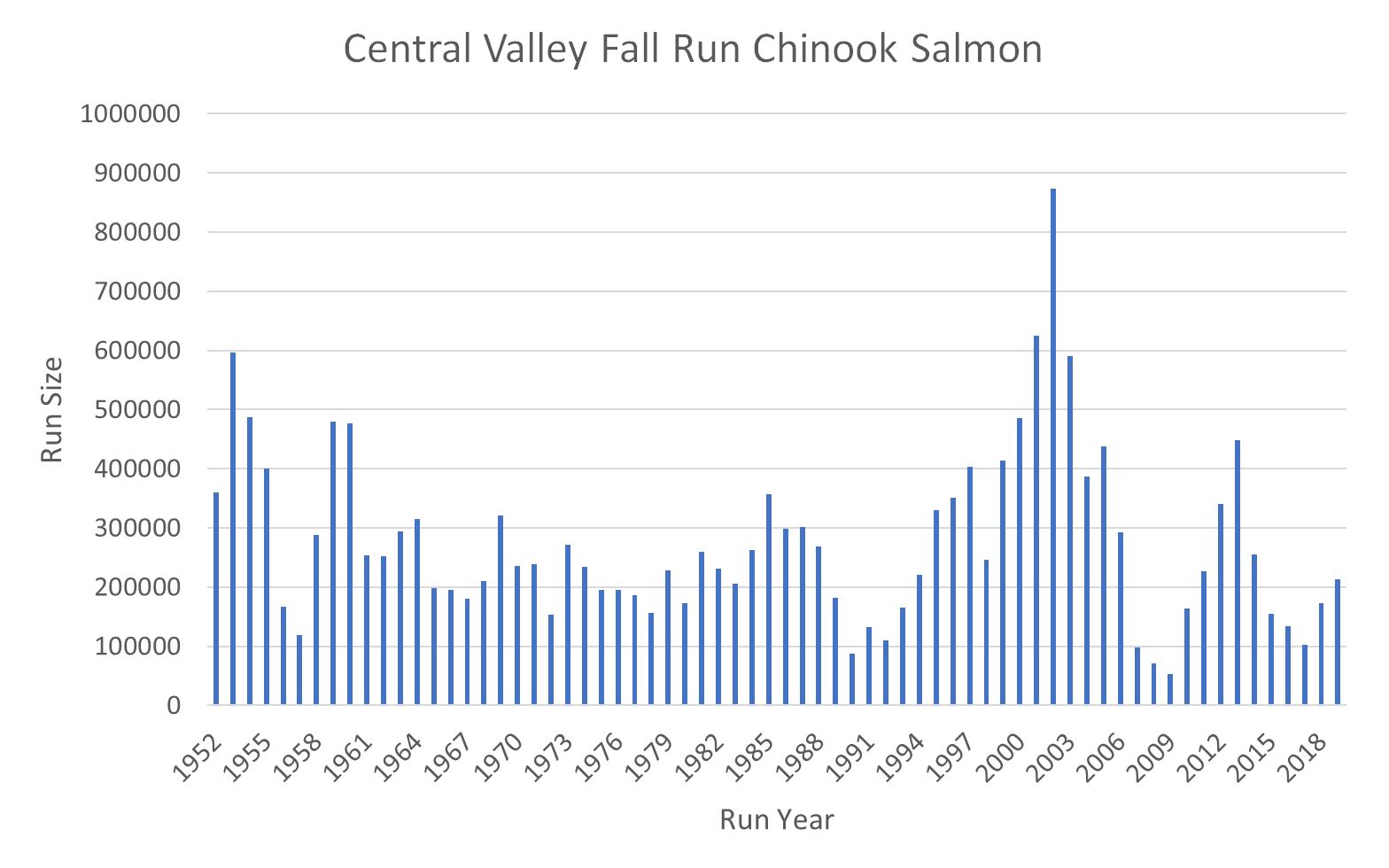