In previous posts over the past two years, I remarked on the progressive management of the Mokelumne River Hatchery, a mitigation hatchery operated by the California Department of Fish and Wildlife in partnership with the East Bay Municipal Utility District. Hatchery production over the past several decades has led to the recovery of Mokelumne River fall-run Chinook salmon (Figure 1 and 2). There were remarkable returns to the Mokelumne in 2017, despite the 2013-2015 drought. Returns from 2016 hatchery releases in 2018 were also good.

The hatchery’s annual 6 million smolt releases in 2017 (Table 1) survived well under the hatchery’s management practices (Figure 1). Returns of adults two years later to the river and hatchery below Camanche Dam in 2019 totaled 10,000 to 20,000 as in other recent years (Figures 1 and 2).

Overall, a good 2019 escapement was expected because 2017 was a wet year. However, in-river numbers (Figure 2) in 2019 were not as high as might be expected.. Hatchery return patterns were similar to those from the 2016 releases returning in 2018. Again, the best returns were from releases of hatchery fish to the coast near the Golden Gate and from Half Moon Bay just south of San Francisco (Figure 3). Returns ranged from near zero to 2.5 percent (Figure 3). The half-million smolts released to the river had near zero returns to fisheries and river/hatchery, while the one million releases to the coast in May had good returns of 1.3 to 2.5 percent. Late May releases (900,000) from the east Bay at Sherman Island also had good returns of 1.5 to 1.8 percent. Earlier May and late April releases to coast, east Bay, and river (nearly 4 million) had returns less than 1 percent.

Since 2017 was a wet year with high spring Delta outflow than drier 2016 (Figure 4), a better return would be expected from the 2017 hatchery releases to the Mokelumne River and even the eastern Bay. The river also had much higher flows in spring 2017 (Figure 5), which should have benefitted in-river hatchery releases. Late May releases proved much more successful in wet year 2017 than late April or early May releases, even to the coast, providing further evidence of better performance of later release of older, larger hatchery smolts. But the continued poor returns from in-river releases even in wet year 2017 remains a problem.

Meanwhile, straying of fish produced in the Mokelumne remains an issue. Up to half or more of returning adults stray to other Central Valley rivers and hatcheries. Maintaining genetic integrity and “wild” spawners in spawning reaches of individual Central Valley rivers would require marking or genetic tests of all hatchery fish, as well as measures to keep hatchery-origin and stray adults from individual spawning grounds. Maintaining genetic integrity and minimal “domestication” of the hatchery stocks would require selective brood stock management in the hatcheries. 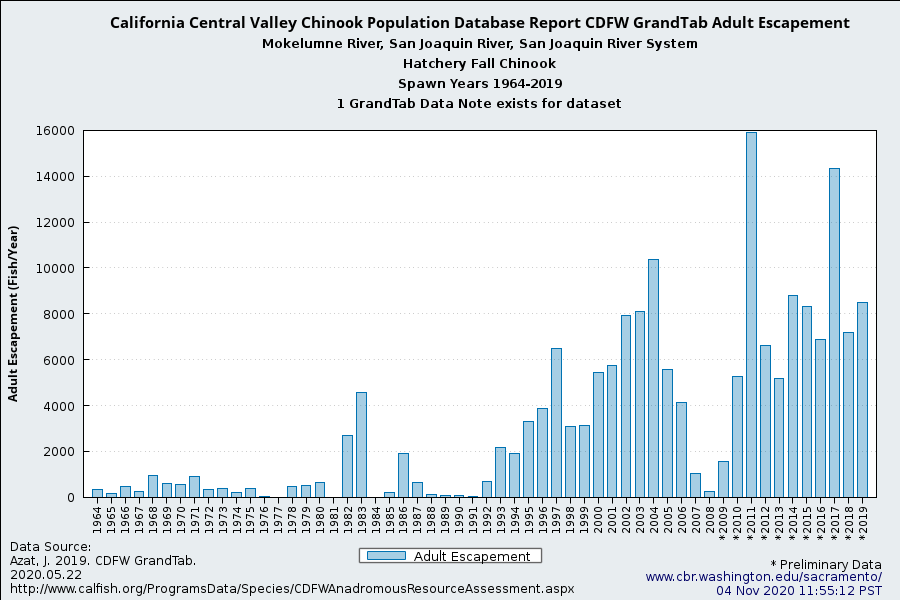 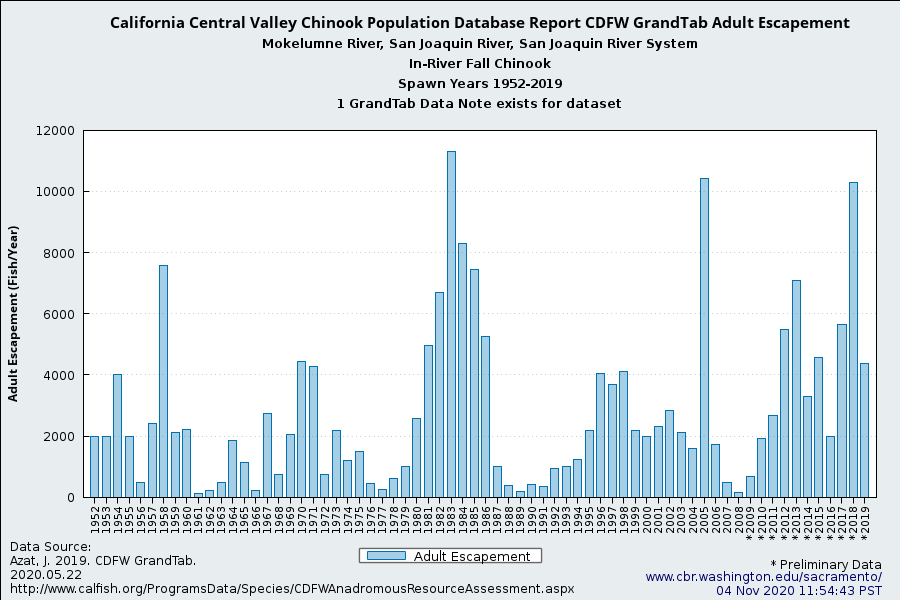 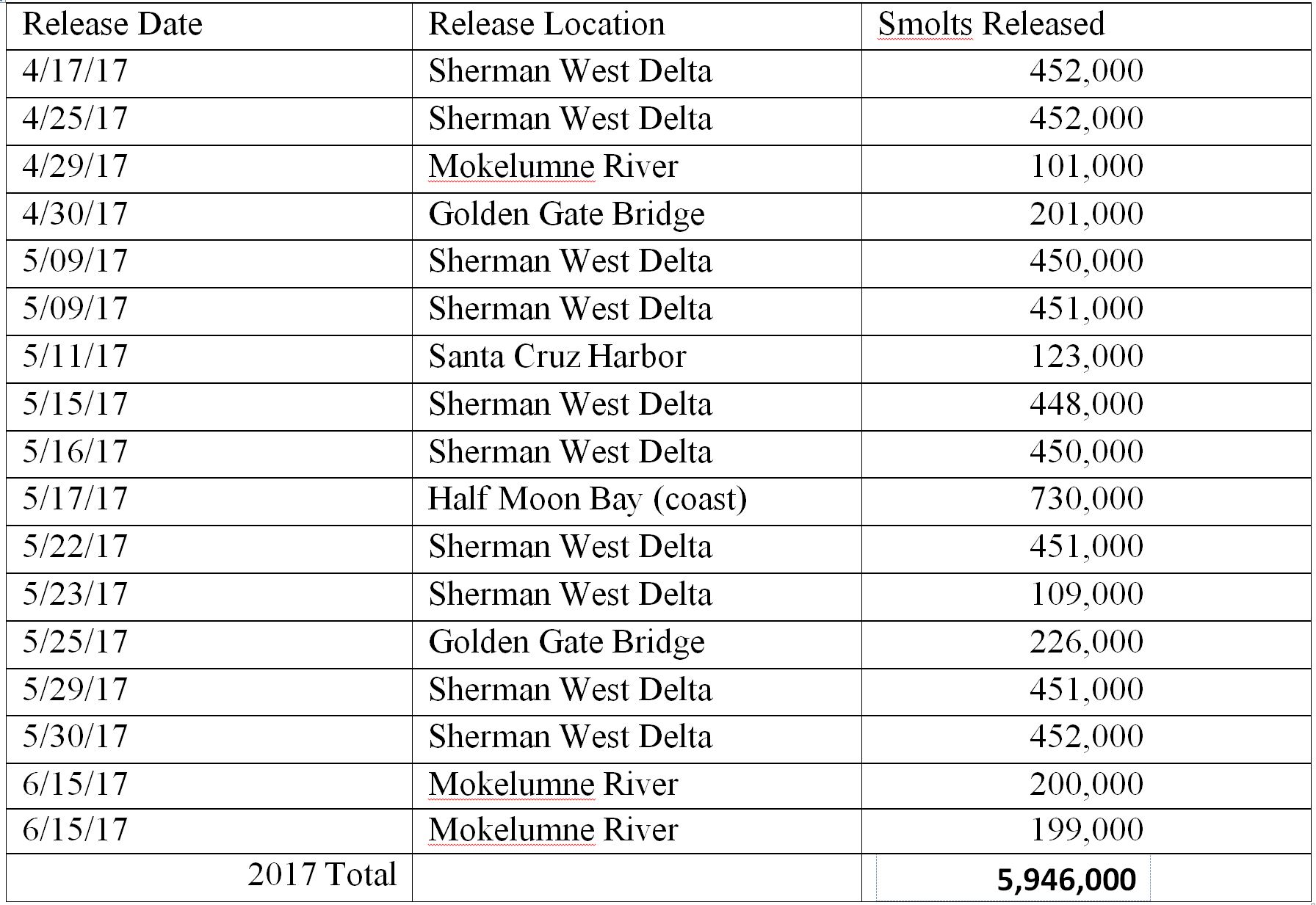 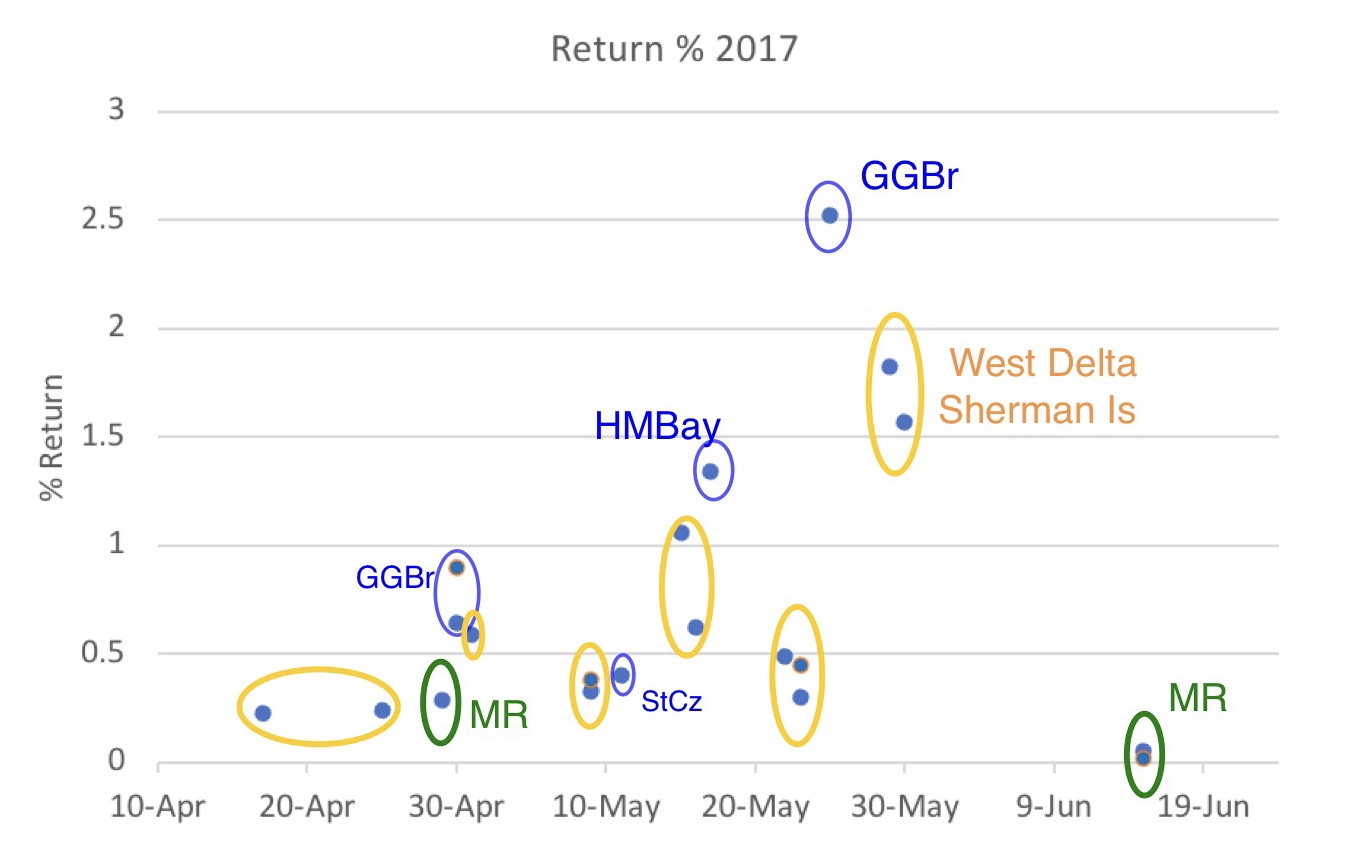 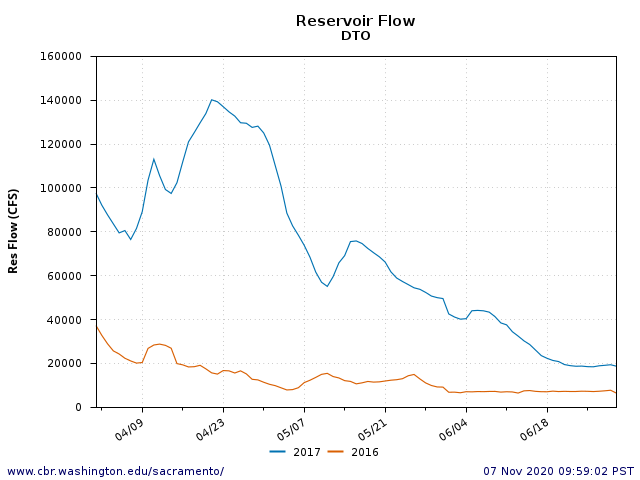 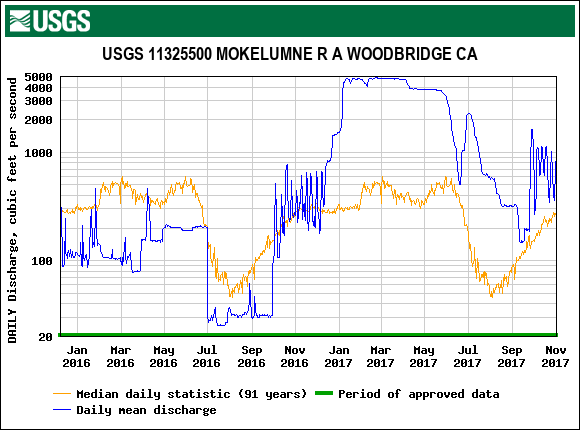