I have studied American shad, a popular sportfish and anadromous herring native to the East Coast, in the Hudson, Columbia, Sacramento, American, Feather, Yuba, and Stanislaus rivers. I have also fished for them for 50 years.  They are the most abundant anadromous fish in the Bay-Delta and Columbia River watersheds.  Millions run up the Sacramento and Columbia rivers every spring to spawn.  The 1-to-6-pound adults arrive in spring and spawn from late spring into summer as waters warm.  After spawning, some die, but many adults return to the ocean.   The eggs are large like those of salmon, but. unlike salmon eggs, shad eggs float and hatch as they drift downstream toward tidewater in the Delta through late spring and summer.  Young shad then rear in the tidal estuary through the summer before heading to the ocean.

Shad interact with our native fish in various ways, most of which are detrimental.  Whether they and other nonnative fish like striped bass contribute to population declines of native species like salmon, steelhead, smelt, and sturgeon is open to debate.  I believe that coupled with changes in climate and water management, the effects of nonnative fish on native species are getting worse.

A 2017 review of the ecological role of American shad in the Columbia River (Haskell 2017) provided three hypotheses regarding the Shad’s effect on Columbia River food webs:

I would add four further hypotheses/issues on the role played by American shad:

As is the case with many native fish species, American shad populations suffer during periods of drought.  This has been especially true in the past two decades in the San Francisco Bay-Delta Estuary (Figure 7), commonly referred to as the period of the Pelagic Organism Decline.  It is an open question whether the American shad are simply experiencing the decline like the native fish, or contributing to the native declines, or both.

The likely answer is both.  All the fish suffer in drought.  All the fish do not recover completely after droughts.  All the fish populations exhibit a long-term downward population spiral.  For some, it is a spiral toward extinction.  Even in decline, some nonnatives like American shad and striped bass can have increasing effects on the natives facing extinction.  If that is the case, then we should do everything possible to at least provide habitat conditions that favor native fish over nonnative fish.  The fact is that, in many cases, nonnative fish, including shad and striped bass, are more resilient than the native fish.  That is because the physical habitat and water management increasingly are less favorable to the native species.  We need to reverse this trend. 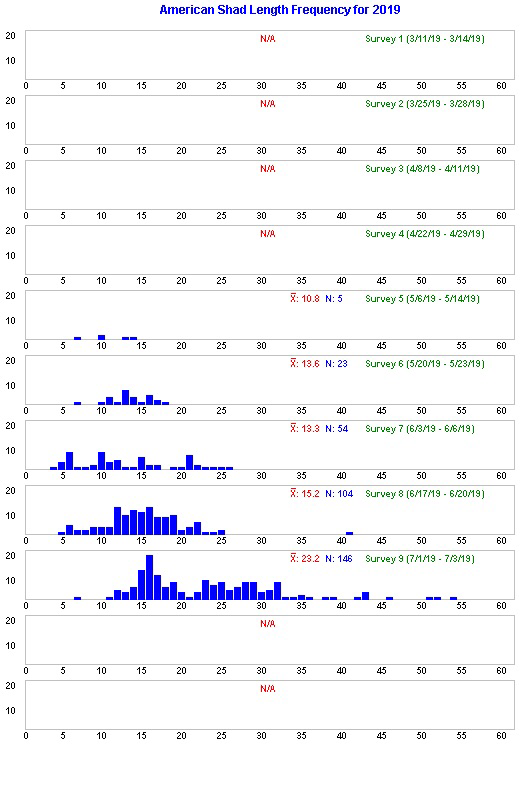 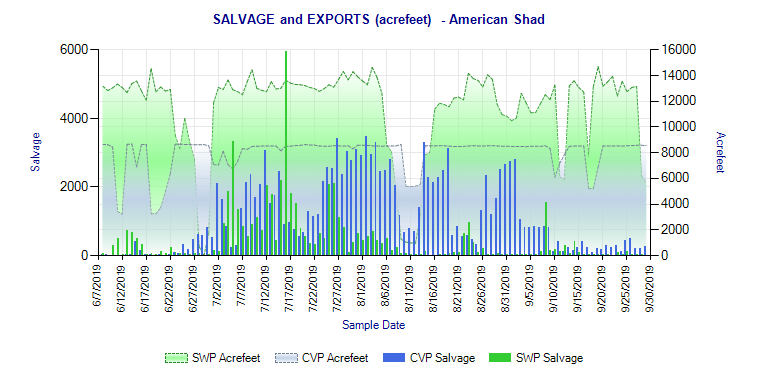 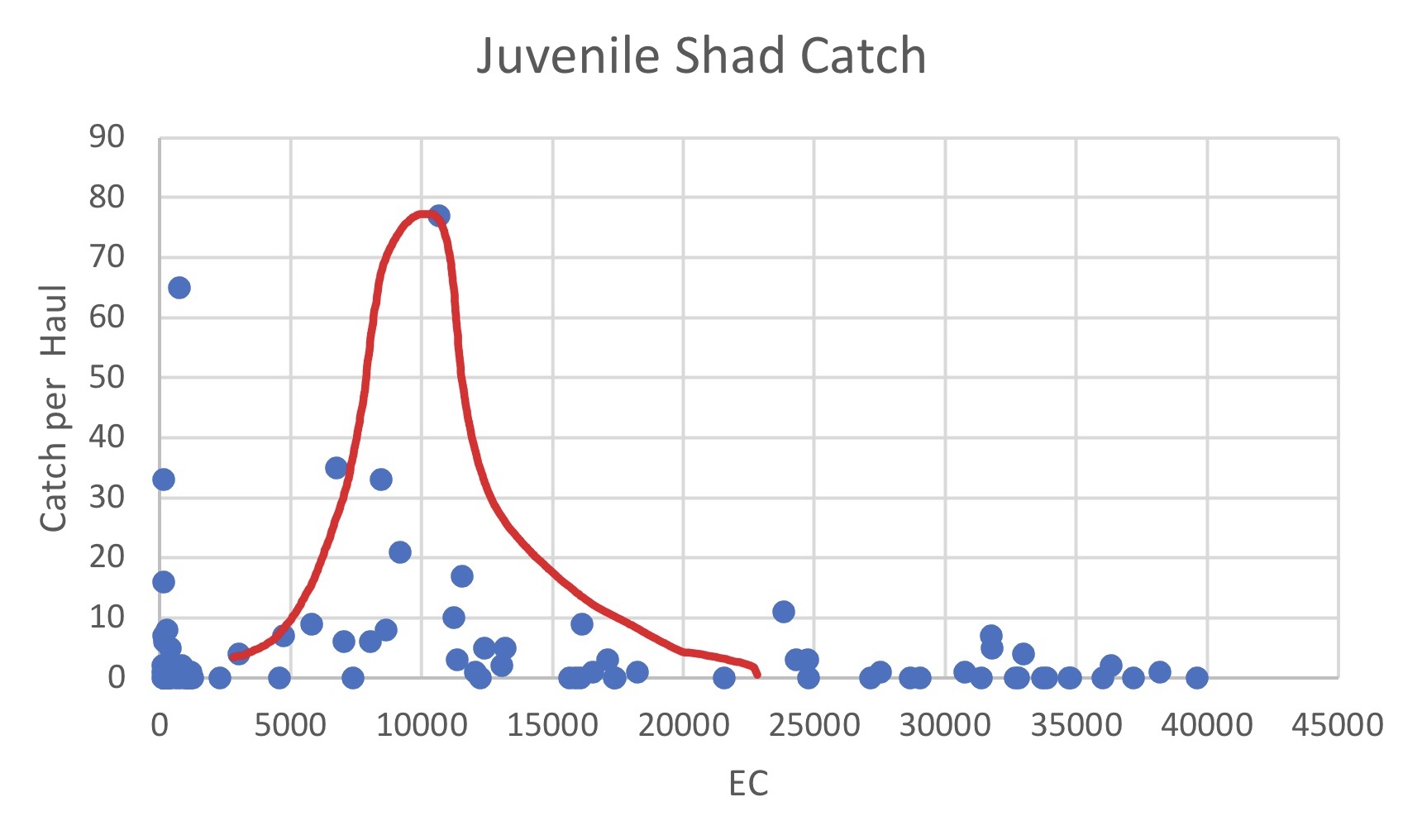 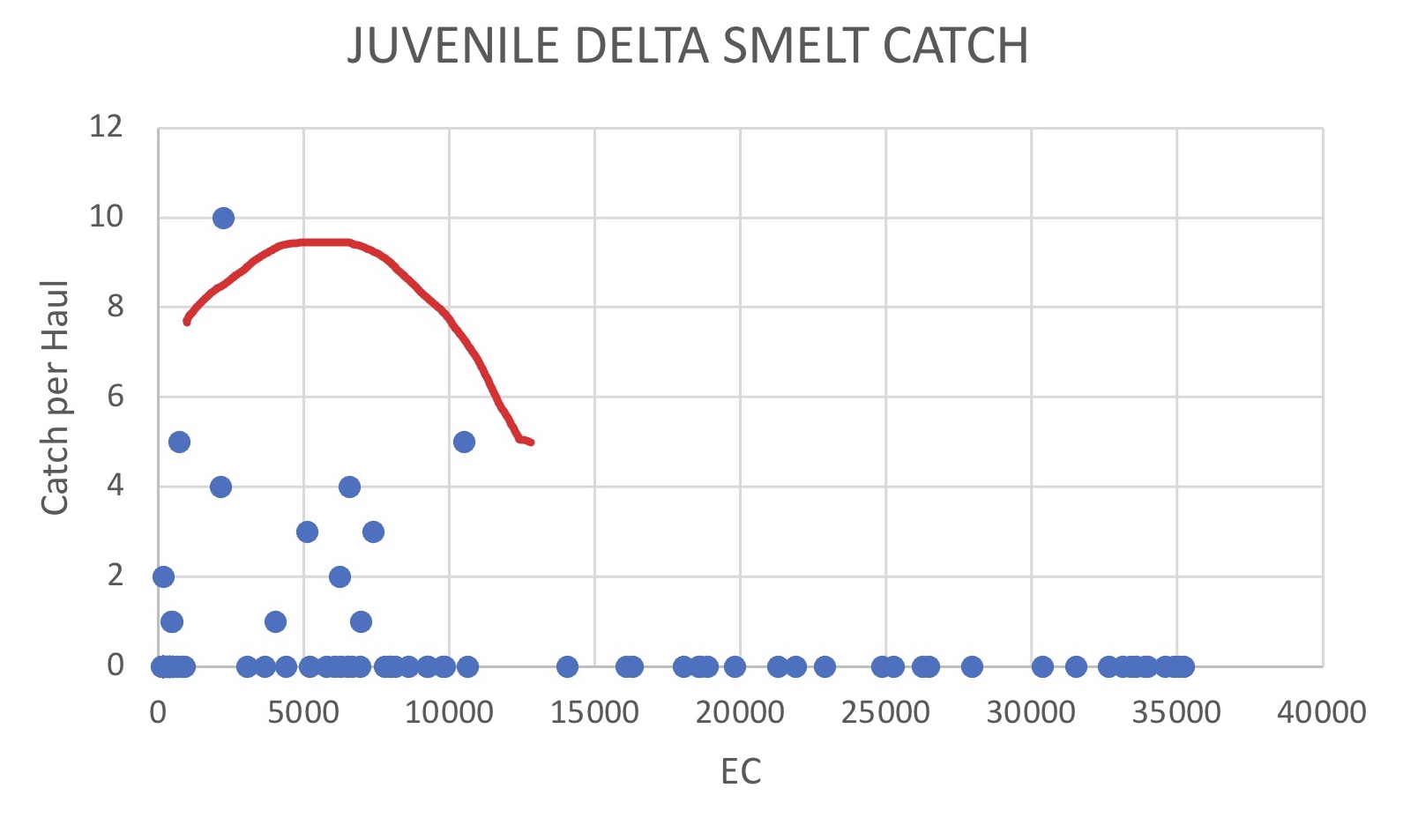