Hundreds of thousands of smolts of endangered salmon are being released to the lower Sacramento River from federal and state hatcheries this winter, the San Francisco Chronicle reported on March 2.1 It is a drought year, and most of the young salmon will likely perish in the jaws of predators on their 300-mile journey to the ocean through the river, Delta, and Bay. Without the protection of adequate river flow, cold water, and turbidity for the journey, there is little hope. Reservoir storage is depleted from the past two years of overzealous water deliveries. What little rain and snowmelt there has been in the Valley is being stored in reservoirs. Warm weather has come early. The 400 thousand smolts released on March 2 could use some help, but they have not received it and are not likely to get it.

Flow from Shasta Reservoir to the upper river via Keswick Dam has been minimal (Figure 1, KWK). 40 miles downstream at the Bend (BND) gage near Red Bluff, the river received some snowmelt from tributaries in January, but even that tapered off by the end of January. Flow into the Delta from the Sacramento Valley at Freeport (FPT) reached minimal levels by the end of January. Delta outflow (Figure 2) settled at its minimal prescribed level near 12,000 cfs after some January export taking.

Turbidities (Figure 4) are now at seasonal lows from the upper river near Red Bluff (RDB) to the Delta near the Rio Vista Bridge (RVB), reflecting clear waters needed by sight-feeding predators like striped bass.

Hatchery salmon smolts released in December at least reached the Delta during the December storms (Figure 5). It remains to be seen if the February and March smolt releases even reach the Delta.

The article in the Chronicle mentioned that only one of the 140 radio-tagged hatchery smolts released in February has reached the Delta. The March 2 release of 400,000 smolts could use a pulse of cold turbid water from Shasta, Oroville and Folsom reservoirs to help them reach the Bay. So far, only Oroville releases have increased, from 3500 to 5500 cfs in recent days, with the added 2000 cfs showing at Freeport (Figure 1). While this helps near the Delta, it does little for the upper 200 miles of river the smolts have yet to transit. 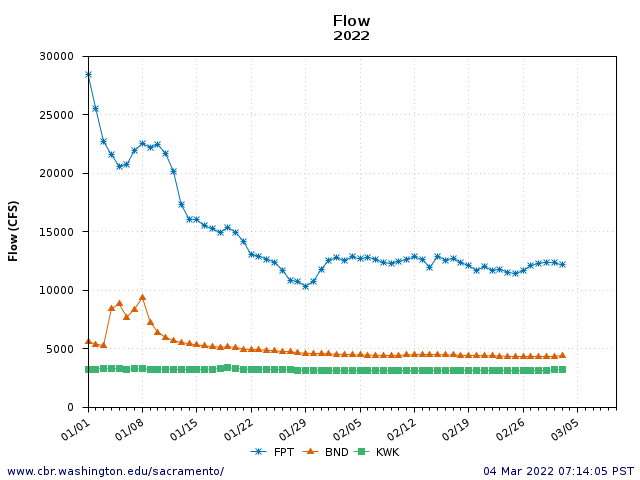 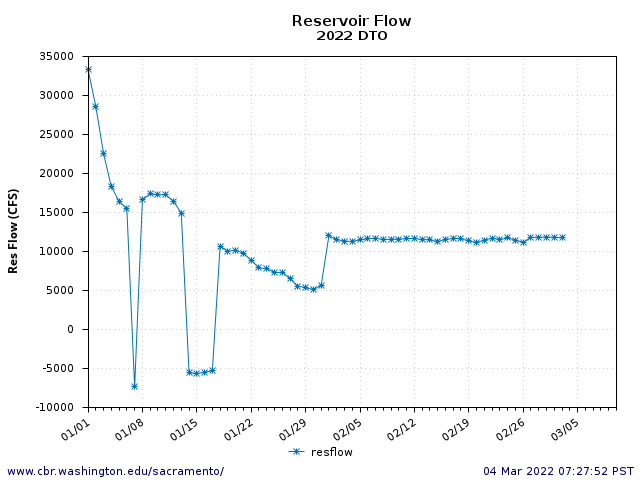 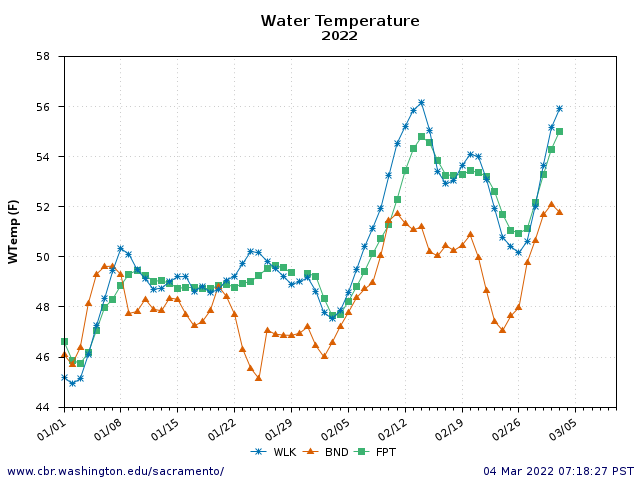 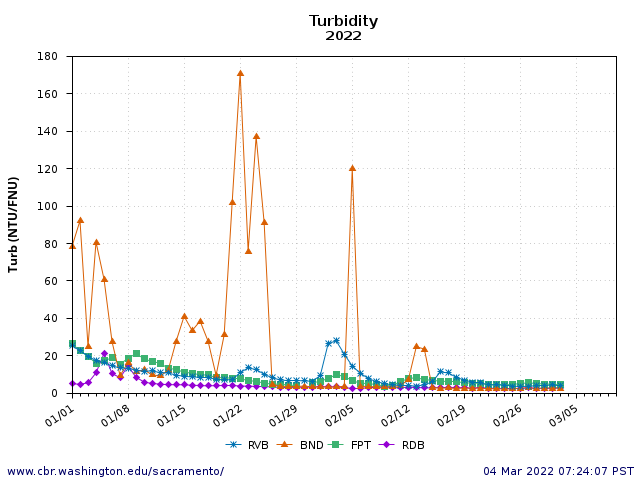 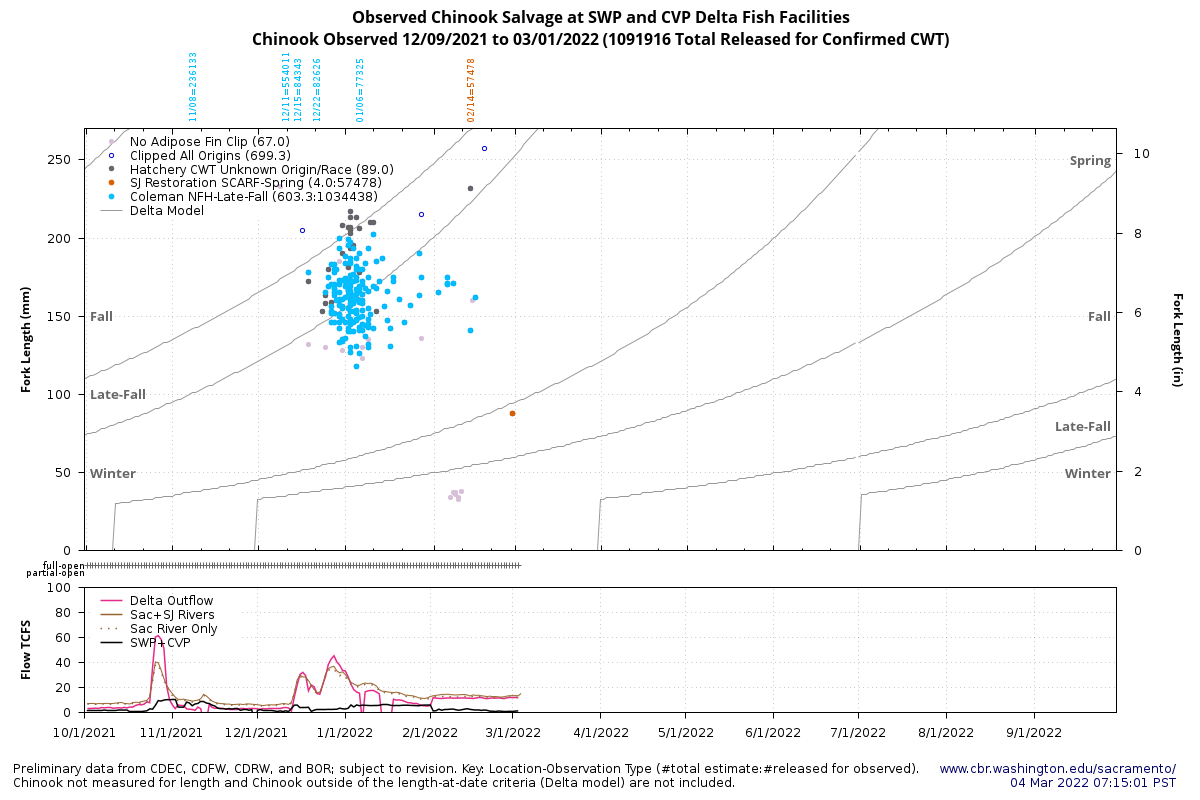