Over the past five years (2018-2022), federal and state biologists have undertaken a comprehensive study of salmon smolt migrations down the 350 miles of the Sacramento River from below Shasta Dam to the Delta, Bay, and ocean.  The study released thousands of radio-tagged late-fall-, spring-, fall-, and winter-run hatchery and wild smolts in the Sacramento River near Redding (RM 290), then tracked their progress and survival as they proceeded to Butte City (RM 170), the Tower Bridge in Sacramento (RM 60), and Benicia Bridge at the head of San Francisco Bay.  Each release group provides a story that is helping our understanding of salmon science in the Central Valley.  Most important are lessons learned about drought and climate change.  Much has been learned, with more to come.

Radio-tagged winter-run salmon smolts from the federal Livingston Stone Fish Hatchery were released to the Sacramento River at Redding in winter of years 2018-2022.  Their signals were detected from Butte City to the Benicia Bridge at the head of San Francisco Bay.  For example, Figures 1 and 2 show detections from a release at Redding on 2/14/2019 of 650 radio-tagged smolts.  Figure 1 shows detections over the winter and early spring at Butte City, 120 river miles downstream of Redding.  Figure 2 shows detections at the Tower Bridge in Sacramento, 230 river miles below Redding.

A summary of release-group survival in Table 1 indicates the following: 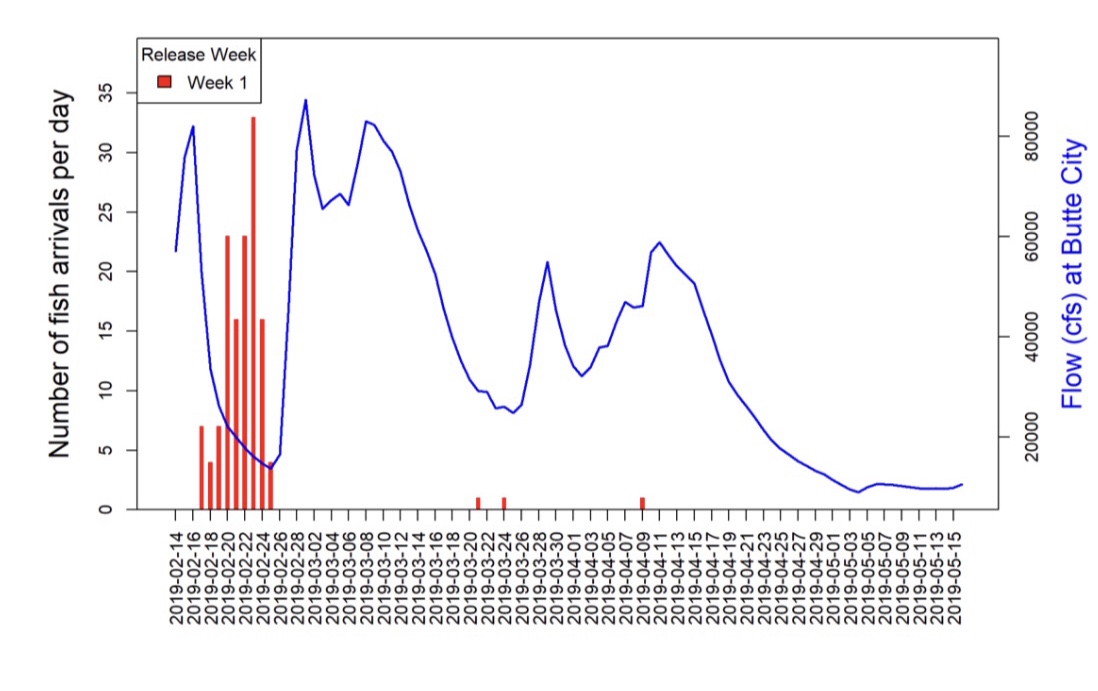 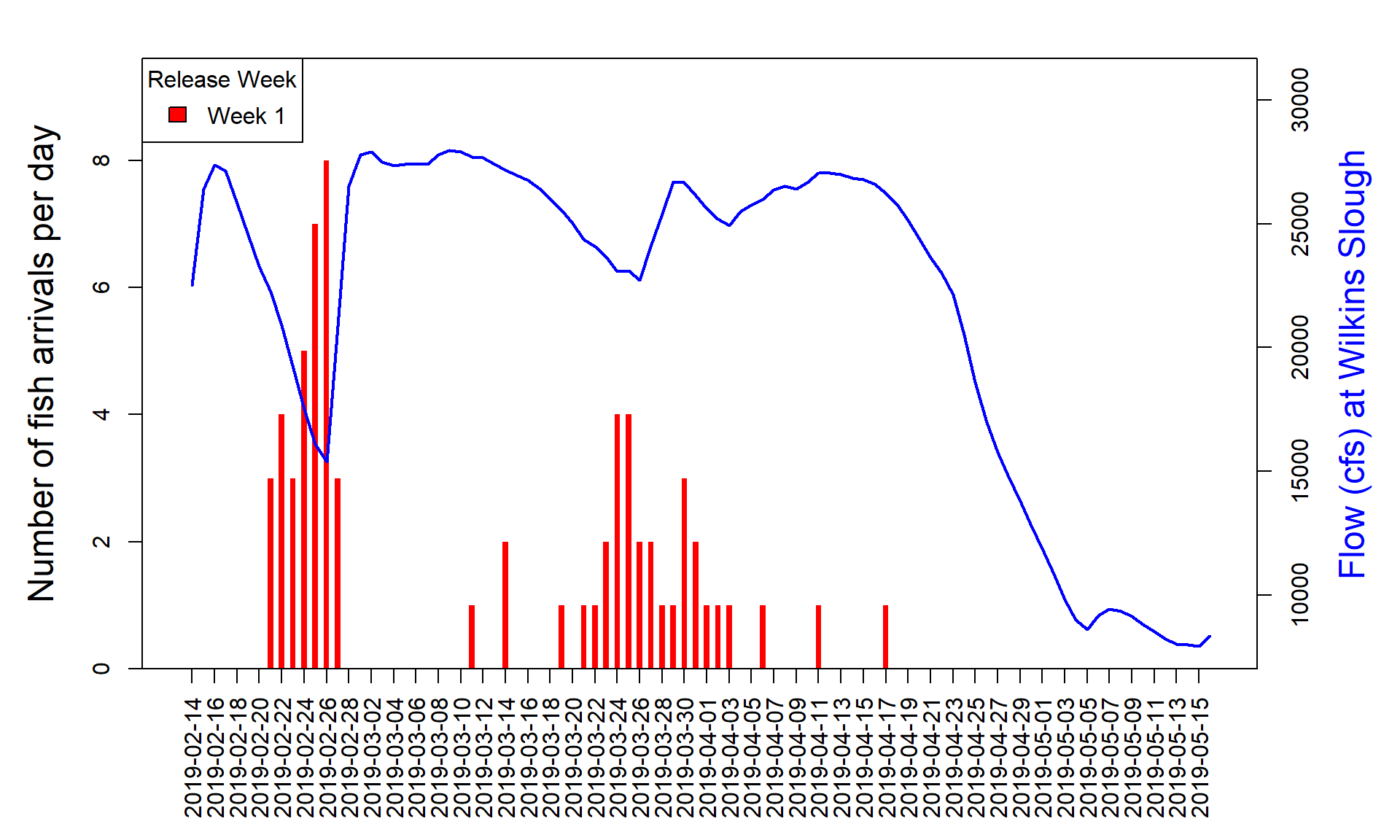 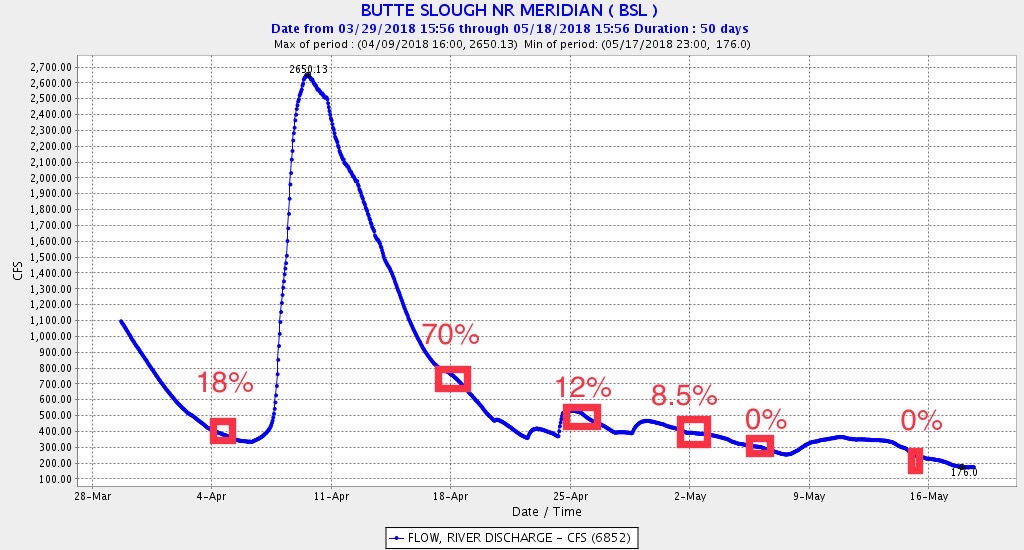 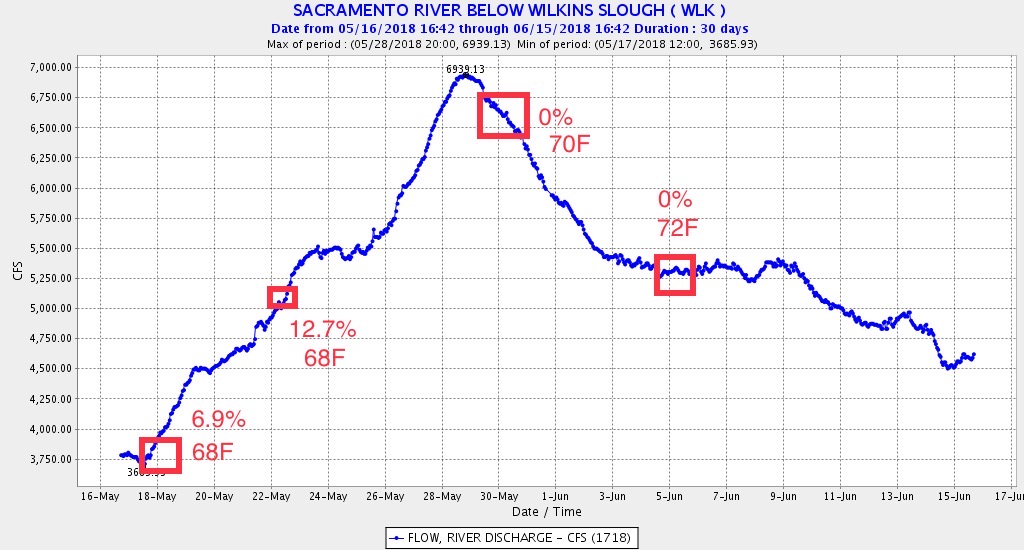