We should be careful about wishful thinking in considering the forecasts for the 2022 California salmon season along the coast and in major rivers.1  The 2022 ocean abundance projection for Sacramento River fall Chinook, a main salmon stock harvested in California waters, is estimated at 396,500 adult salmon, a higher number than the 2021 forecasts. However, we should expect further drought-related fishery and escapement downturns in 2022 and 2023, as occurred after the 2007-2009 and 2013-2015 droughts (Figure 1). We can also expect low fishery catches, especially in rivers from low summer flows and associated high water temperatures that keep river spawners in the Bay until rivers cool in the fall.

The issues relate primarily to remaining stocks of Chinook salmon, not to the nearly extinct endangered Coho. The 2022 season also relates mostly to the availability of brood year 2019 salmon from Central Valley rivers, not coastal streams. Finally, it is important to remember that most of the adult salmon in 2022 will come from hatcheries on the Klamath, Trinity, Sacramento, Feather, American, Mokelumne, and Merced rivers, especially those hatcheries that truck and barge salmon to the Bay or coast.

Hatchery returns, the backbone of California salmon fisheries, are likely to be lower in 2022 than expected. Near 40 million Chinook salmon smolts from brood year 2019 were released from California federal and state hatcheries in 2020. Of the total, about 26 million were raised at Sacramento River watershed hatcheries, 9 million at San Joaquin River hatcheries, and 4 million at Klamath-Trinity hatcheries. Most of the releases were fall-run (34 million), with about 4 million spring-run, 1 million late-fall-run, and 0.4 million winter-run. Their returns of jacks and adults are likely to be lower in 2022 than expected because of low Delta inflows and outflows (Figure 2) and low Klamath-Trinity flows (Figures 3 and 4) in winter-spring 2020 and 2021, which are likely to result overall in relatively poor returns from river and Bay releases of hatchery smolts.2

Wild salmon stocks, already severely depressed, are going to further decline and contribute even less to fisheries. Natural production of brood years 2019 and 2020 was likely poor because wild smolts faced dry-year conditions in winter-spring 2020 and 2021, respectively.

Adult salmon that return to spawn in 2022 will face warm rivers, as they did in 2021 (Figures 5 and 6). They will be delayed, and many will die before spawning.

In summary, we must be careful about wishful thinking about the future based on the recently released ocean abundance estimate for 2022. Many other factors point in a downward direction. Perhaps the most immediate question is whether “salmon will simmer again” in what looks to be a dry, hot summer. 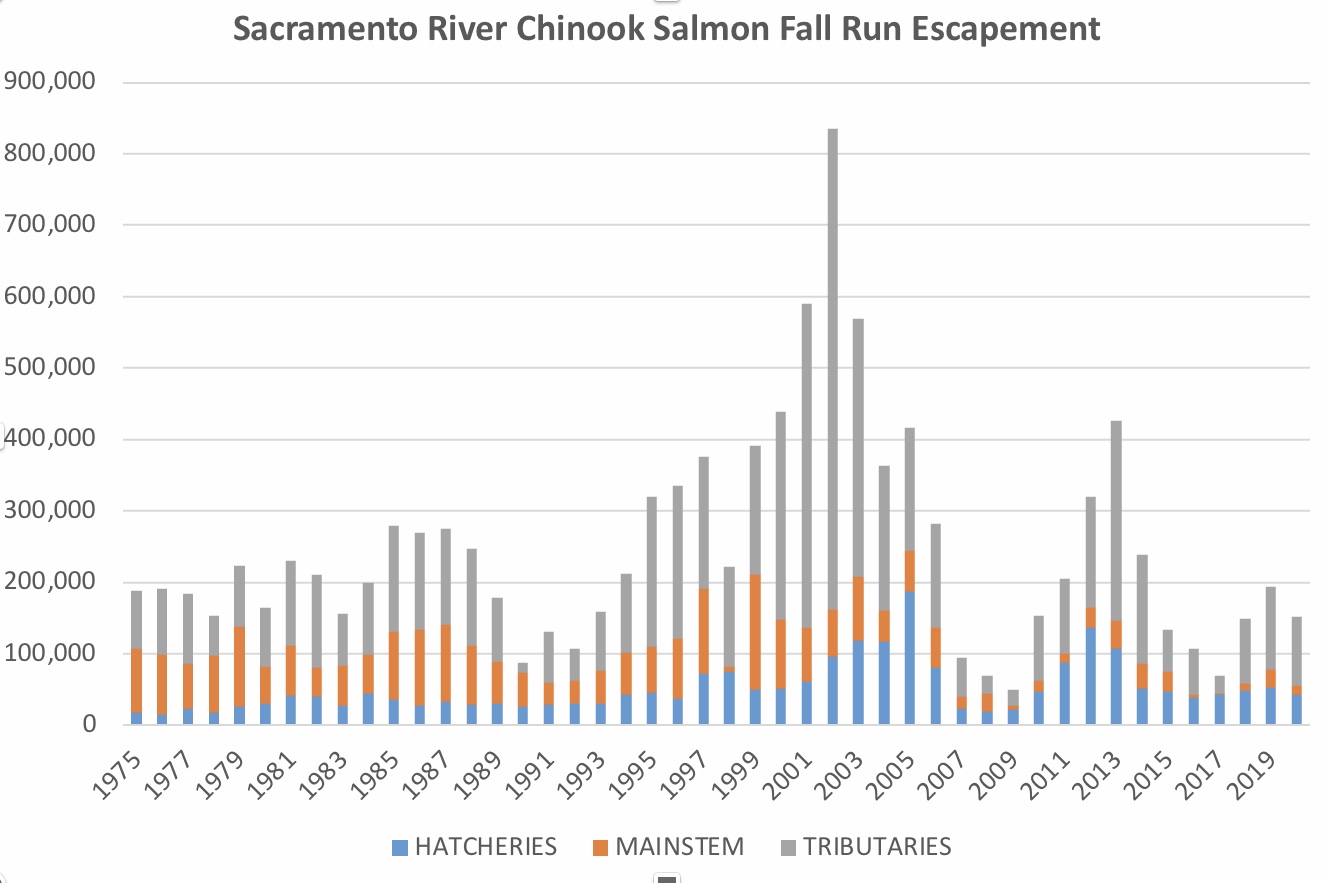 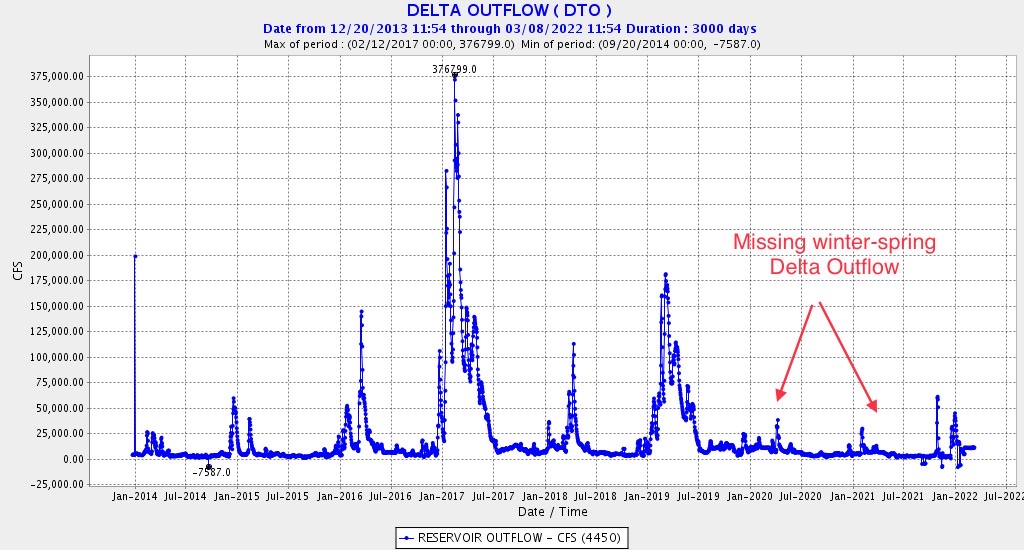 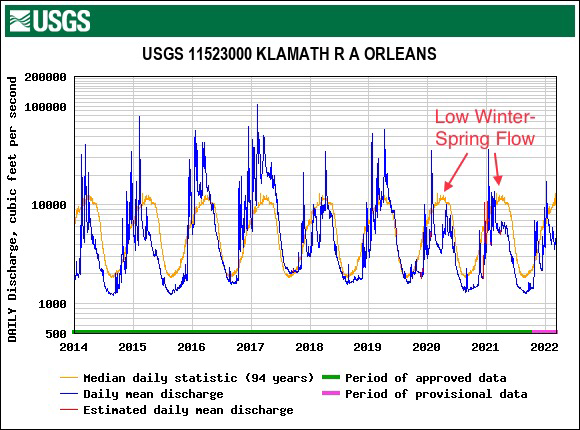 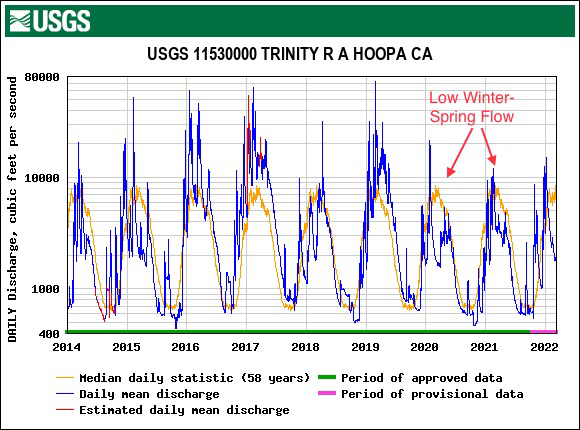 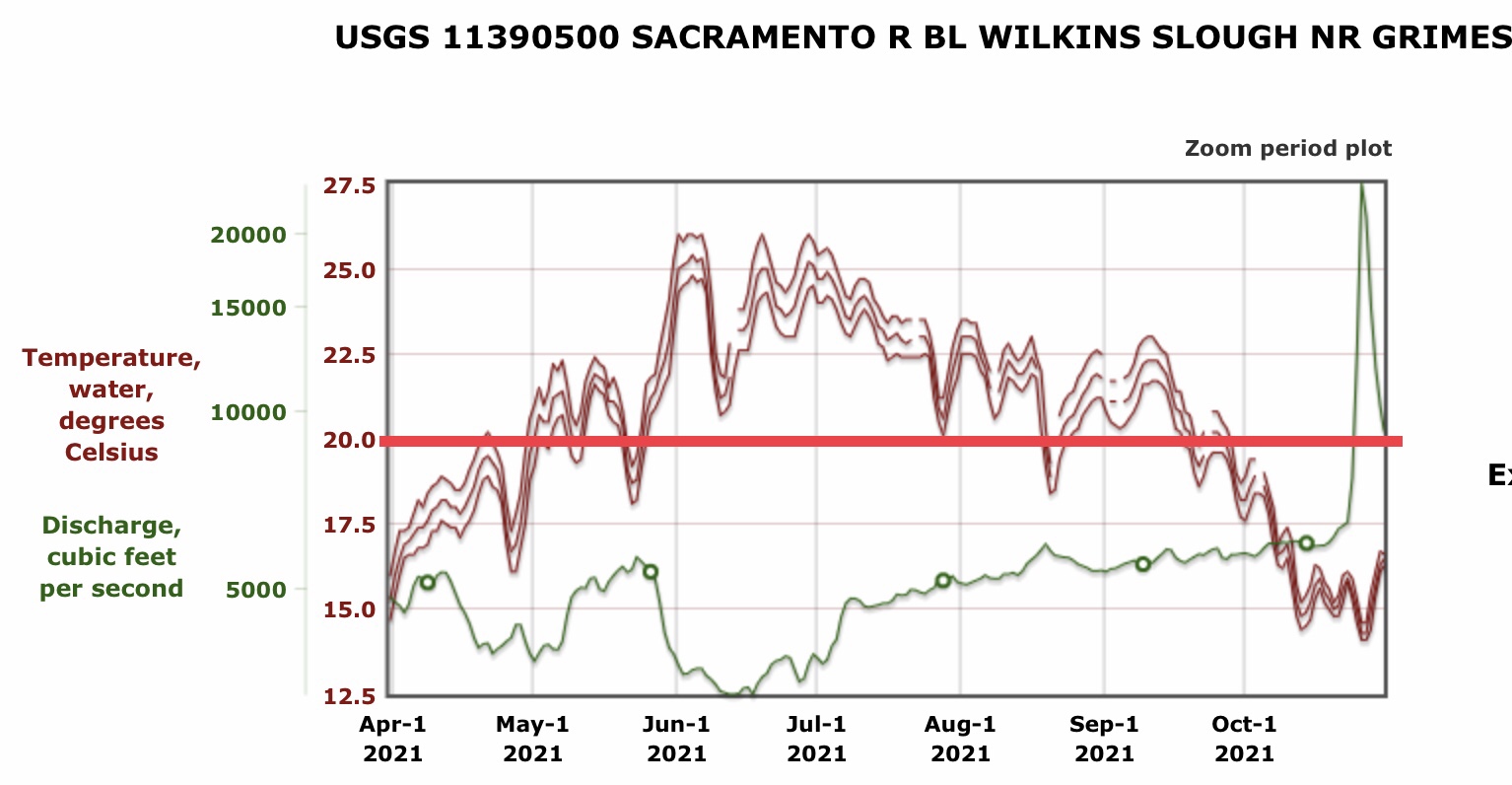 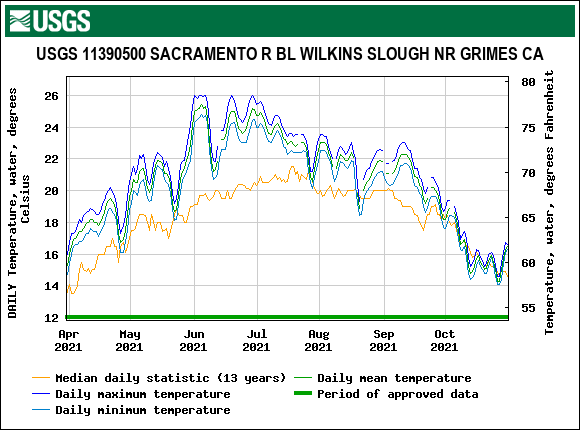