The Draft EIS for the Coordinated Long-Term Operation of the Central Valley Project and State Water Project1 was released in July, and comments are due by the end of September. Projects analyzed in the EIS include the Shasta-Trinity Division of the Central Valley Project (CVP) (Figure 1). The EIS focuses on the human effects of the reasonable and prudent alternative (RPA) requirements in NMFS Biological Opinion on the two projects, including the Shasta-Trinity Division.

This is the first in a four-part series focusing on the operation of the CVP Shasta-Trinity Division on Sacramento, Trinity, and Klamath River salmon. Part 2 will focus specifically on Sacramento salmon with emphasis on the listed Winter Run Chinook. Part 3 will focus on effects of Klamath-Trinity salmon. Part 4 will focus on how the system can be better operated to save salmon in the two rivers. This Part 1 sets the stage for Parts 2 and 3.

In the past four years of drought, the track record of the Bureau of Reclamation has been poor in managing Shasta-Trinity reservoir storage, releases, and water temperatures to sustain salmon in Sacramento, Trinity, and Klamath Rivers. After reservoirs filled in the wet water year 2011, they were steadily drawn down in 2012 and 2013. By 2014, the reservoirs were dangerously low. On the Sacramento River in 2014, the system failed, and most of the Winter-Run brood year was lost to warm water and low flows in early September. As of the first week of September this year, the Shasta cold-water pool continues to contribute to the Sacramento, although water temperature standards were weakened through the summer at the request of Reclamation, causing some mortality after inaccurate spring predictions of cold-water storage in Shasta. On the Klamath and Trinity Rivers, the mass mortalities seen in 2002 were not seen in late summer 2014 and 2015 (so far) despite the presence of disease, because of emergency late summer cold-water flow increases from Trinity Reservoir that cooled the Trinity River and lower Klamath.

The Shasta-Trinity Division is a huge complicated system with associated difficulties in satisfying all the water contractors in the Central Valley while maintaining the salmon resources. Management for salmon boils down to the following set of parameters: 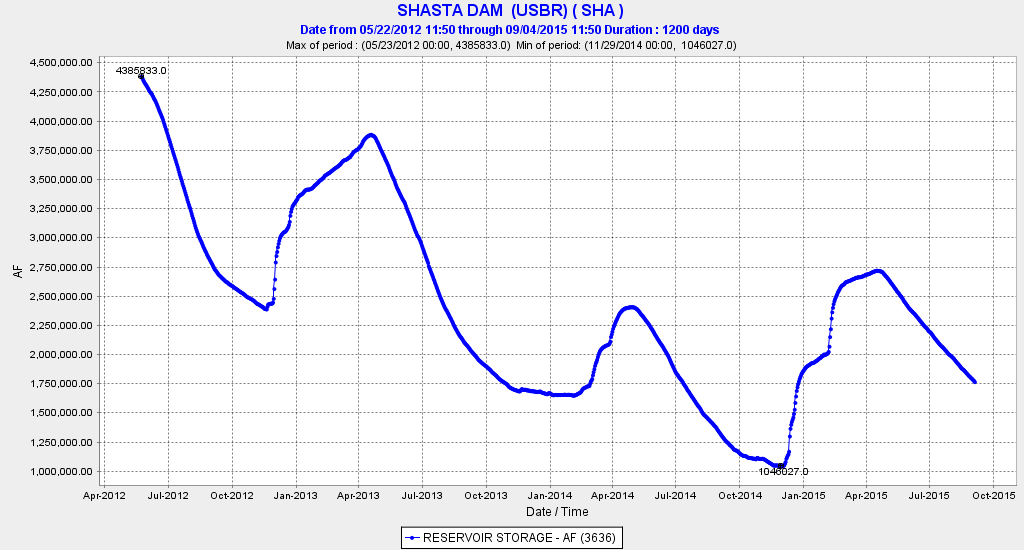 Figure 2. Shasta Reservoir storage in acre-ft from April 2012 to present. Figure 3. Trinity Reservoir storage in acre-ft from April 2012 to present.