National Marine Fisheries Service (NMFS) is in the process of conducting a separate consultation on the effects of the Shasta-Trinity Division operations on listed Coho salmon in the Trinity River. NMFS is committed to ensuring appropriate coordination between the analysis and results of Sacramento Winter Run Opinion and the forthcoming Coho opinion. The NMFS OCAP BO RPA1 will be analyzed in the Trinity Coho Opinion, and the OCAP BO may be adjusted as necessary to avoid jeopardy to Trinity-Klamath Coho salmon and adverse modification of their critical habitat. Trinity Reservoir storage in acre-feet over the past three years. 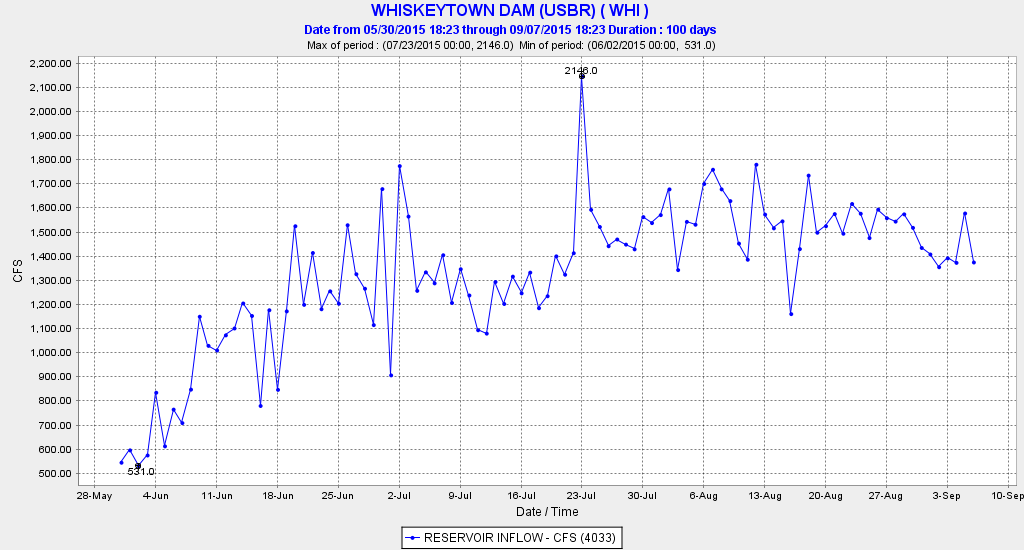 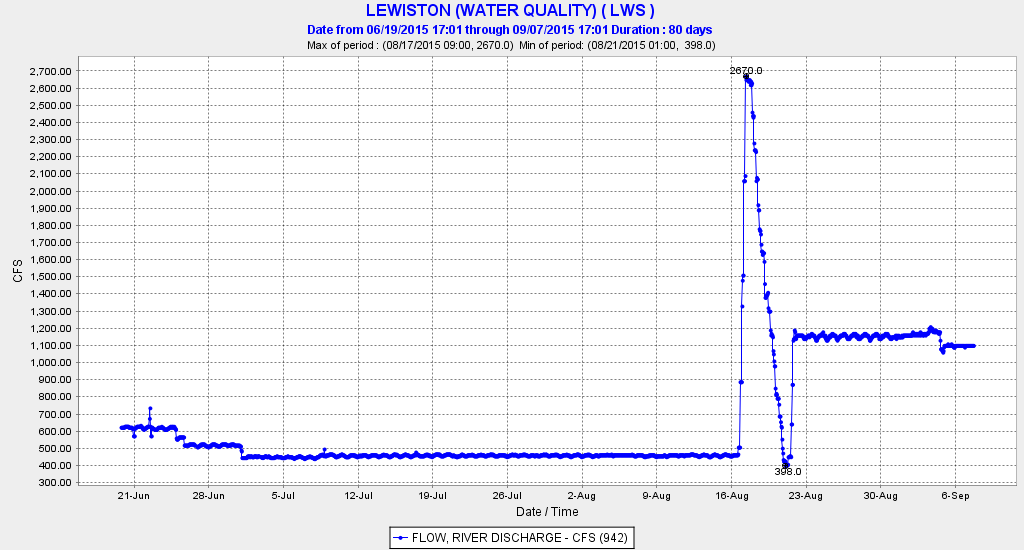 Temperature of water released from Lewiston Reservoir in spring-summer 2014. Temperature of water released from Lewiston Reservoir in spring-summer 2015.