In the last two summers, Winter Run salmon production was greatly reduced by Reclamation’s operations of the Shasta-Trinity Division of the Central Valley Project. While the drought brought on the problem and the specific damaging project operations, the damage done was in large part unnecessary. Furthermore, not all the blame should go to Reclamation – the State Water Board and resource agencies who condoned the damaging operations also deserve some of the dis-credit.

I wrote on the subject in some detail in November.1 Resource and management agencies who were responsible for the failure of two year classes of Winter Run continue to blame the drought or demands of water contractors on Shasta-Trinity storage (Figure 1). Soon they will prepare a plan for the coming irrigation season. The plan will depend greatly on present and coming late-winter weather and hydrology. Given that Shasta Reservoir likely will fill this spring, the plan will likely revert to operations similar to those of 2011 and 2012, the last two years when the reservoir filled. 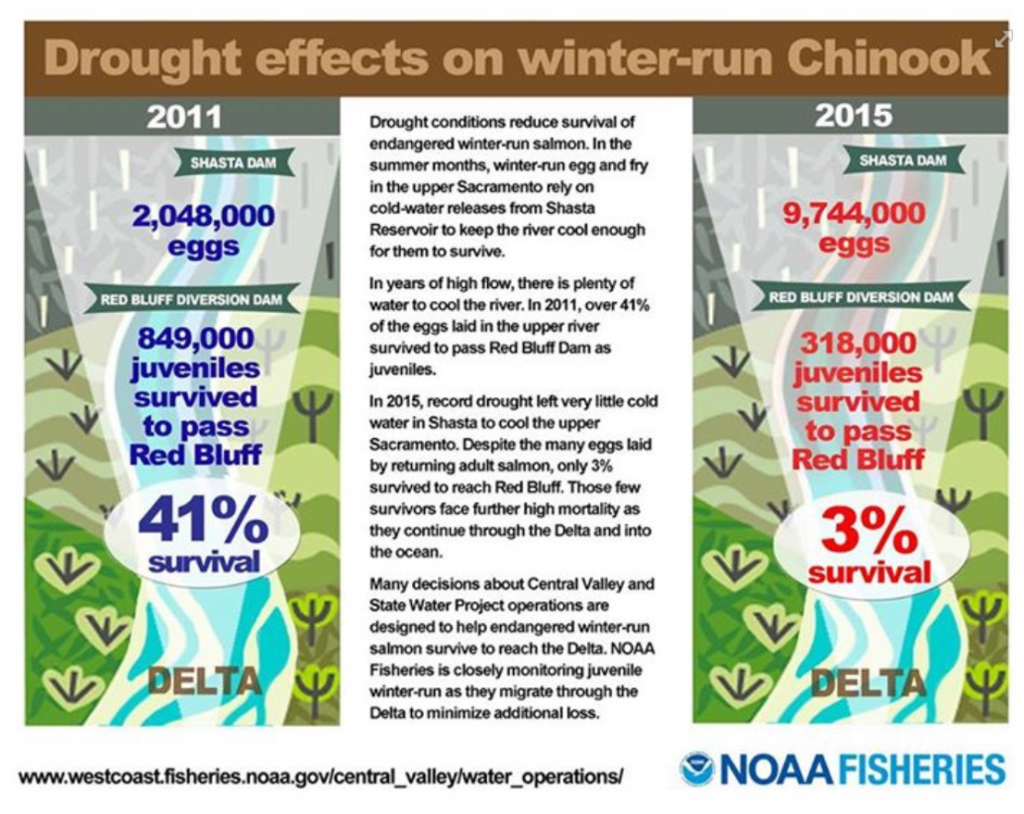 The State Board has been thinking carefully about what to do this summer for Winter Run salmon. 2 Figure 2. NMFS considerations for the coming summer water temperature standard in the Sacramento River near Redding.

Nearly half way through the water year it is safe to say there is a very reasonable chance there will be adequate water resources to save the Winter Run salmon this year. Shasta storage is sharply rising (Figure 3). The reservoir will likely fill this spring for the first time since 2012. The snow pack is also above average. 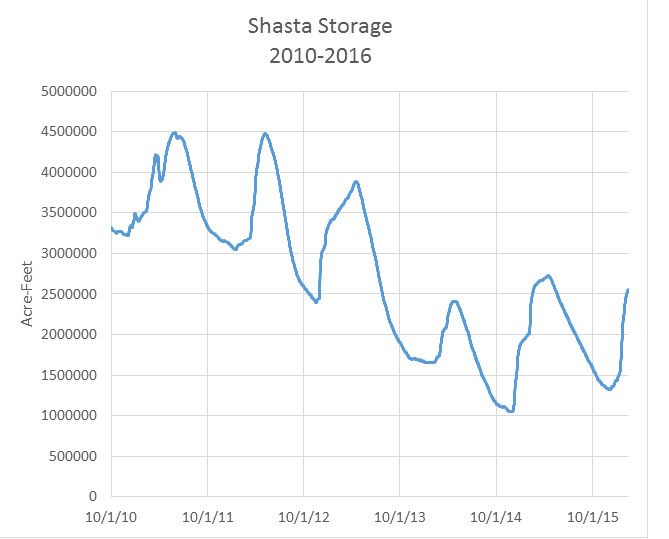 Reasonable water temperature criteria for 2016 are:

Both these criteria were achieved in 2011 and 2012 (Figures 4 and 5), the last two years when Shasta Reservoir filled. 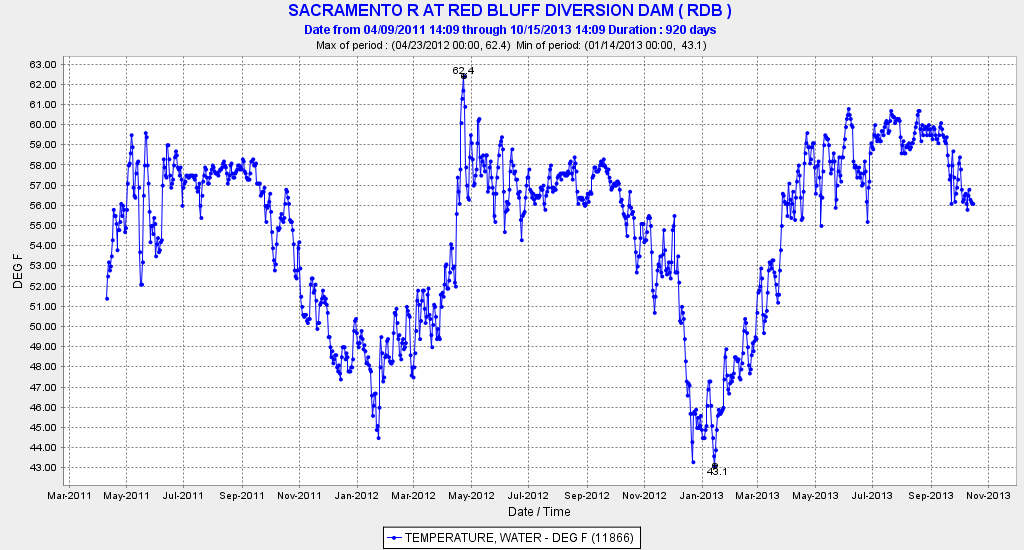 For more information on saving the Winter Run Chinook Salmon in the Sacramento River and Delta see the following sources: