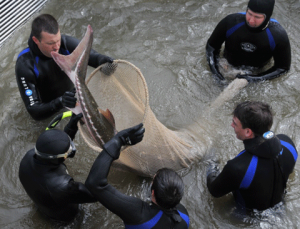 It is one of those wet springs when the Sacramento River has spilled over the Fremont Weir at the upstream (north) entrance to the Yolo Bypass near Verona. In a January post I summarized the need to fix salmon and sturgeon passage at the weir. In early April 2011 adult sturgeon and salmon were rescued at Tisdale and Fremont weirs1 under nearly the same circumstances that have developed since mid-March this year. In the coming weeks, many adult sturgeon and Winter Run salmon attracted by the high Bypass flows will again show up and become stranded at the Fremont Weir as the weir ceases to overflow. River levels are expected to drop as much as eight feet in the coming week. As the Bypass slowly drains in the coming days more and more salmon and sturgeon will migrate up the Bypass via Cache Slough near Rio Vista. Many will become stranded in the upper Bypass as far up as the Fremont Weir concrete apron, where rescues occurred in the past. Others will make their way to the west side of the upper Bypass to outlet of the Knights Landing Ridge Cut (KLRC), and migrate up into the Colusa Basin via the Colusa Basin Drain where they will be lost. In spring 2013, many Winter Run salmon were found stranded in the Colusa Basin under similar circumstances. The peak migration of Winter Run and sturgeon is in March and April. So I expect many salmon have or will be headed up the Ridge Cut, which is flowing 500-600 cfs.2 The CDFW trap is removed from the Ridge Cut outlet at such high flows.

Fixes for both problems are in the works, as they are required in the Central Valley Salmon Biological Opinion for operating the state and federal water projects. Reclamation District 108 is working on the outlet solution for the KLRC. DWR, DFW, and others are working on Fremont Weir passage. 3

In the meantime, trapping and rescues are the only measures to save fish again this year. These efforts should start soon. Note similar problems occur at the Moulton, Colusa, and Tisdale weirs (see map and last photo). 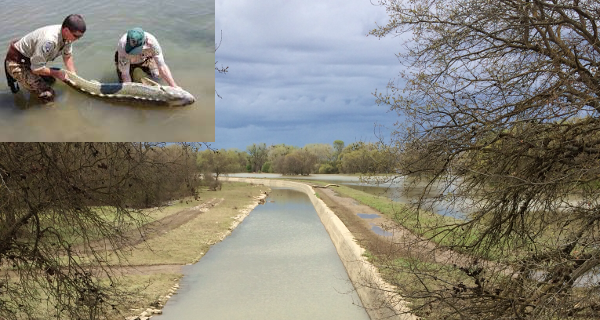 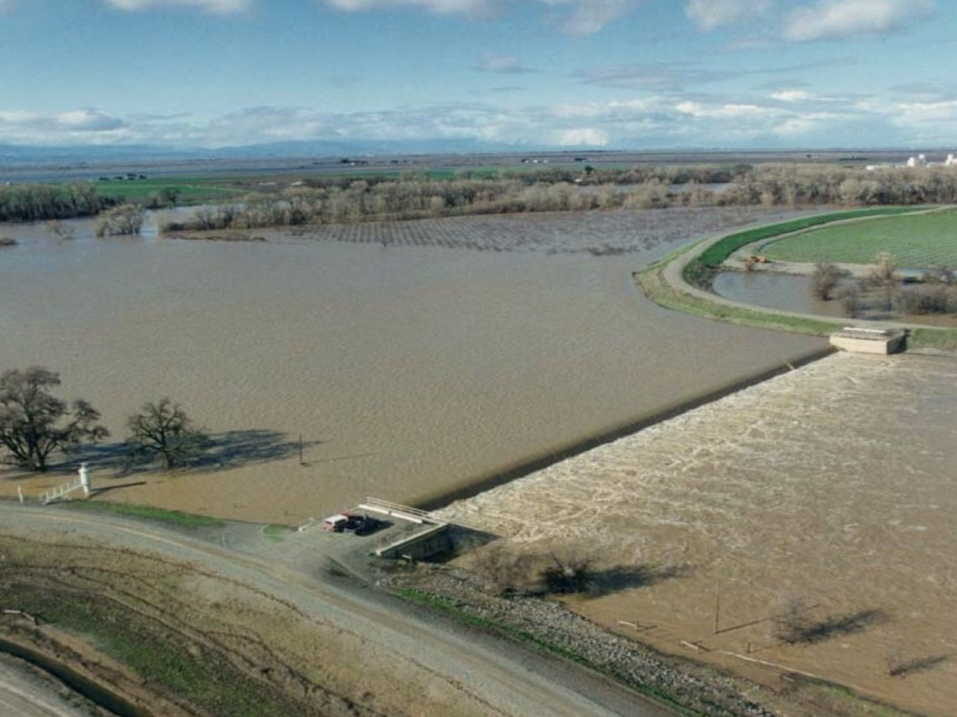 Above photo: Moulton Weir in January 1997.