In a March 14 post, I discussed the primary factor in the initial decline of Sacramento River winter-run salmon in the early 1980s (Figure 1) – higher south Delta exports in drier years after the State Water Project came on line in the 1970s.   In a January 15, 2017 post, I discussed the causes of the recruitment failures from poor egg survival in spawning grounds in summers of 2014 and 2015.  In this post, I suggest that recruitment into the population and long-term population declines stems from fewer spawners (eggs produced) over time and low Sacramento River flows (Shasta Reservoir releases) in fall and winter.

In addition, the relationship suggests that ten times as many salmon are produced in wetter years as in dry years for the same level of spawners.  Over the past decade, drier years have lower fall and winter river flows in the upper river spawning and early rearing reach (Figure 3), and lower winter flows in the lower river rearing and migratory reach (Figure 4).  The lower fall-winter flows reduce the productive capacity and survival of young salmon in the upper river spawning-rearing reach.  The low winter flows in the lower river reduce transport and survival on the way to and through the Delta.

The road to recovery is to build up the number of spawners by providing better flows in fall and winter, and to ensure eggs are sustained by cold-water Shasta Reservoir releases through the summer.  Hatchery augmentation helps sustain existing low levels of adult spawners in the population; otherwise the population would decline toward extinction in fewer generations. 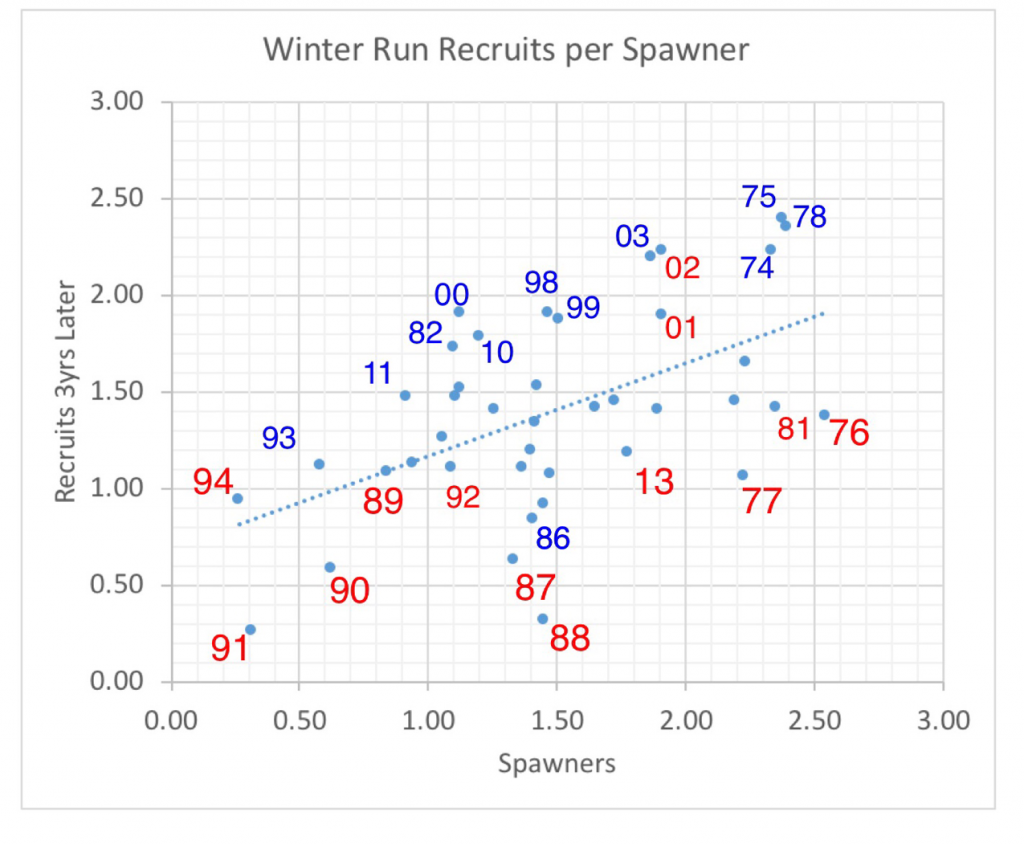 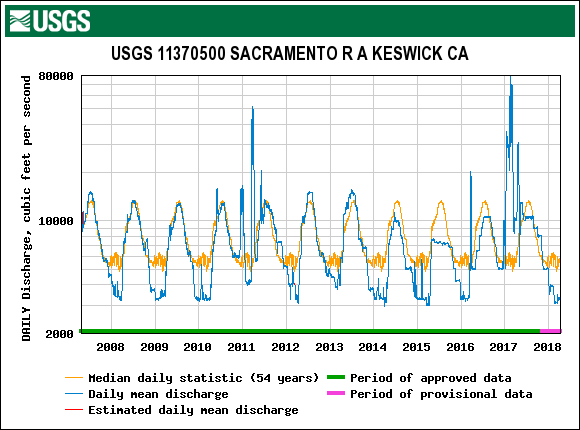