When I last reported in May 2017 on the status of Butte Creek spring-run Chinook salmon, the population had hit lows as a consequence of the 2013-2015 drought.  I am happy to report the run’s rebound after the drought with new reported and revised CDFW escapement estimates.

Following escapement in 2017 that was the lowest since 1998, the population estimate increased to 6253 in 2019 (Figure 1).  The spawner-recruit relationship (Figure 2) continues to indicate a positive spawner-recruit relationship, with and positive responses to normal water year 2016 in the 2018 run and to wet water year 2017 in the 2019 run.  Though 2018 was a below-normal water year like 2016, the run in 2020 produced by 2018 water conditions has been characterized as small.1 A small 2020 run may be the consequence of the low number of 2017 spawners.  In addition, the devastating 2018 Camp fire in the watershed may have adversely affected the 2020 adult returns and future spawning runs.  But overall, the outlook for the 2021 and 2022 runs is promising given the improved number of spawners in 2018 and 2019. 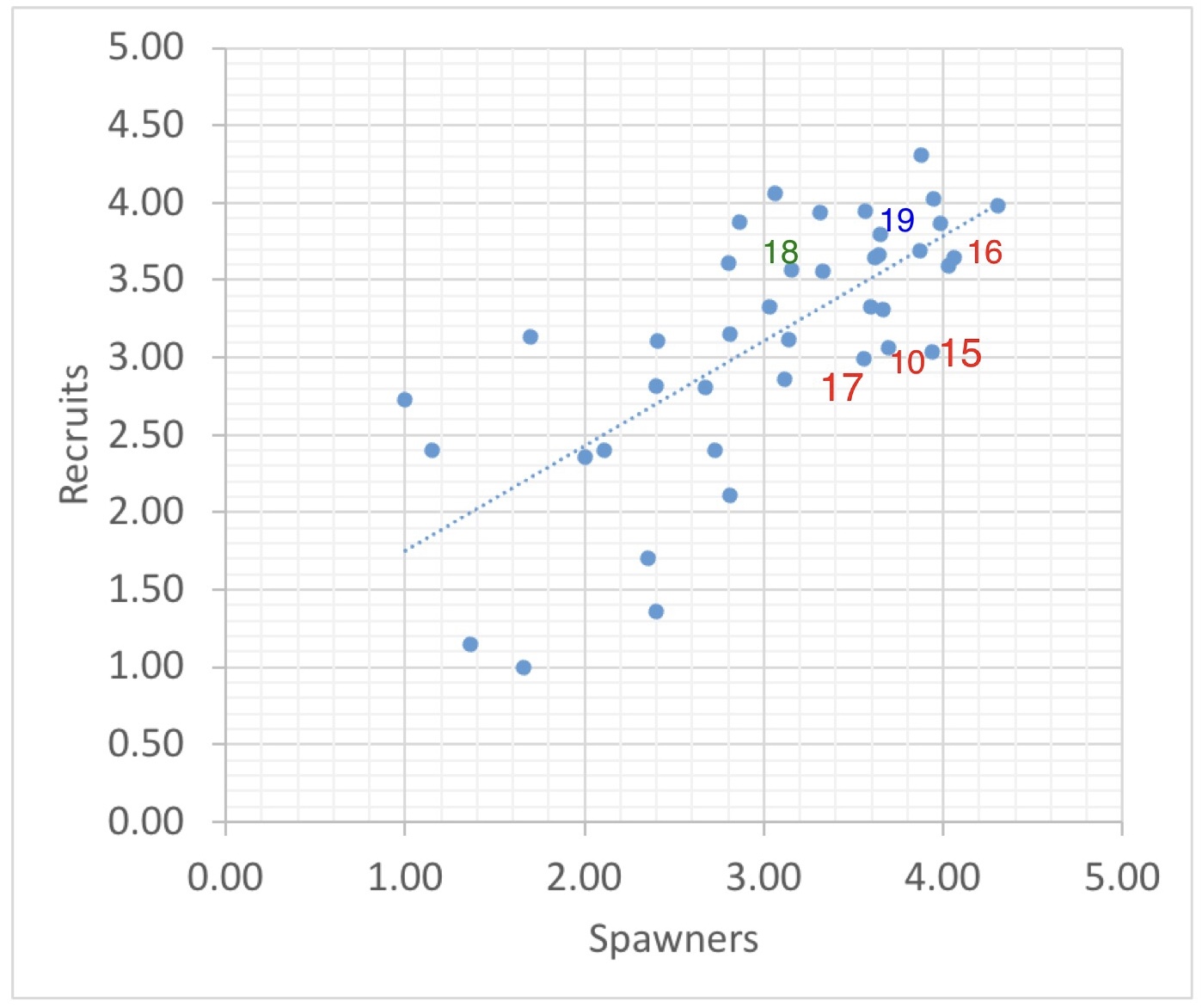