In a recent 6/13/21 post, I discussed various tradeoffs of Shasta Reservoir operations on water supply deliveries, power production, and salmon survival for summer 2021. In that post I made reference to tradeoffs with peaking power production at the Shasta hydropower system. This post provides more information on those potential tradeoffs.

High releases for peaking power at Shasta Dam can draw warm water from near the surface of Shasta Reservoir (Figure 2). Water temperature below the dam increased from 50ºF to 56ºF in the recent example peaking periods, June 12-14. The positive relationship between dam release flow and water temperature is obvious (Figure 3).1

Shasta-Keswick operations is about to enter a new phase of summer operations. Under the Bureau pf Reclamation’s planned operations, there will be larger volumes of exports from the Trinity River system through Whiskeytown Reservoir over the summer. There will also be larger release volumes from Keswick Reservoir to meet increasing downstream contractor demands (Figure 6).

The proposed CSPA Temperature Management Plan2 for June-October, 2021 would provide a lower Keswick Dam release. First, Trinity exports would end, except for releases of 300 cfs down Clear Creek, because Trinity water releases through Spring Creek Powerhouse are already pushing the threshold temperature of 53ºF. Second, Shasta release would be limited to releases from coldwater pool at 52ºF to provide 5000 cfs total Keswick release, thereby saving Shasta storage. Third, peaking power at Shasta Dam would be minimized to ensure that warm surface waters are not drawn into the TCD gates (Figure 7) during peaking operations.

Sustaining the cold-water pool in Shasta through the summer is a function of (1) maintaining total storage and cold-water-pool volume in storage: (2) reducing Whiskeytown releases when they become too warm (>53ºF); and (3) minimizing warm water from peak power releases. Such a strategy would help save winter-run salmon eggs in the summer spawning season. 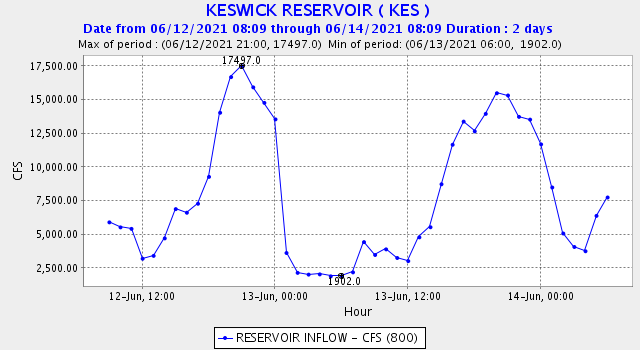 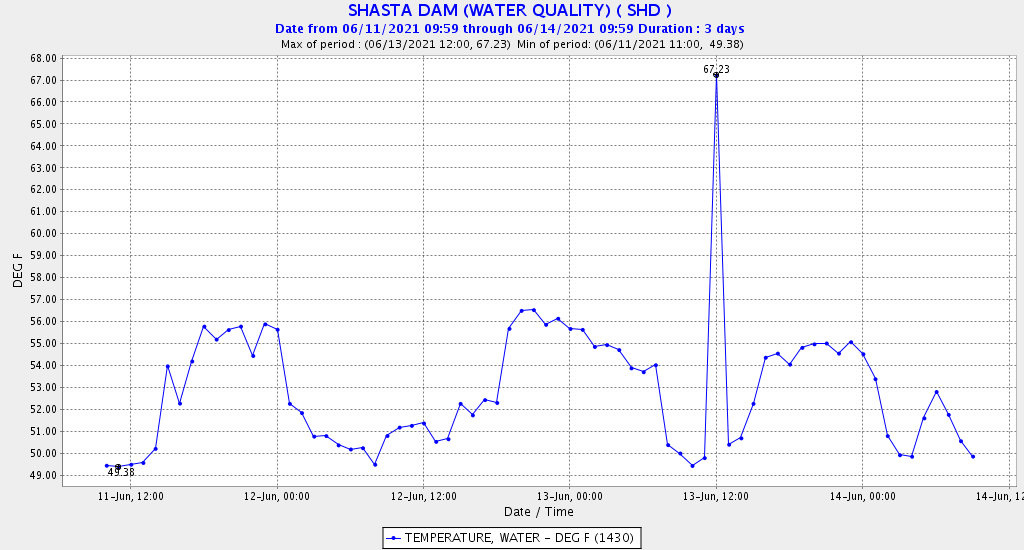 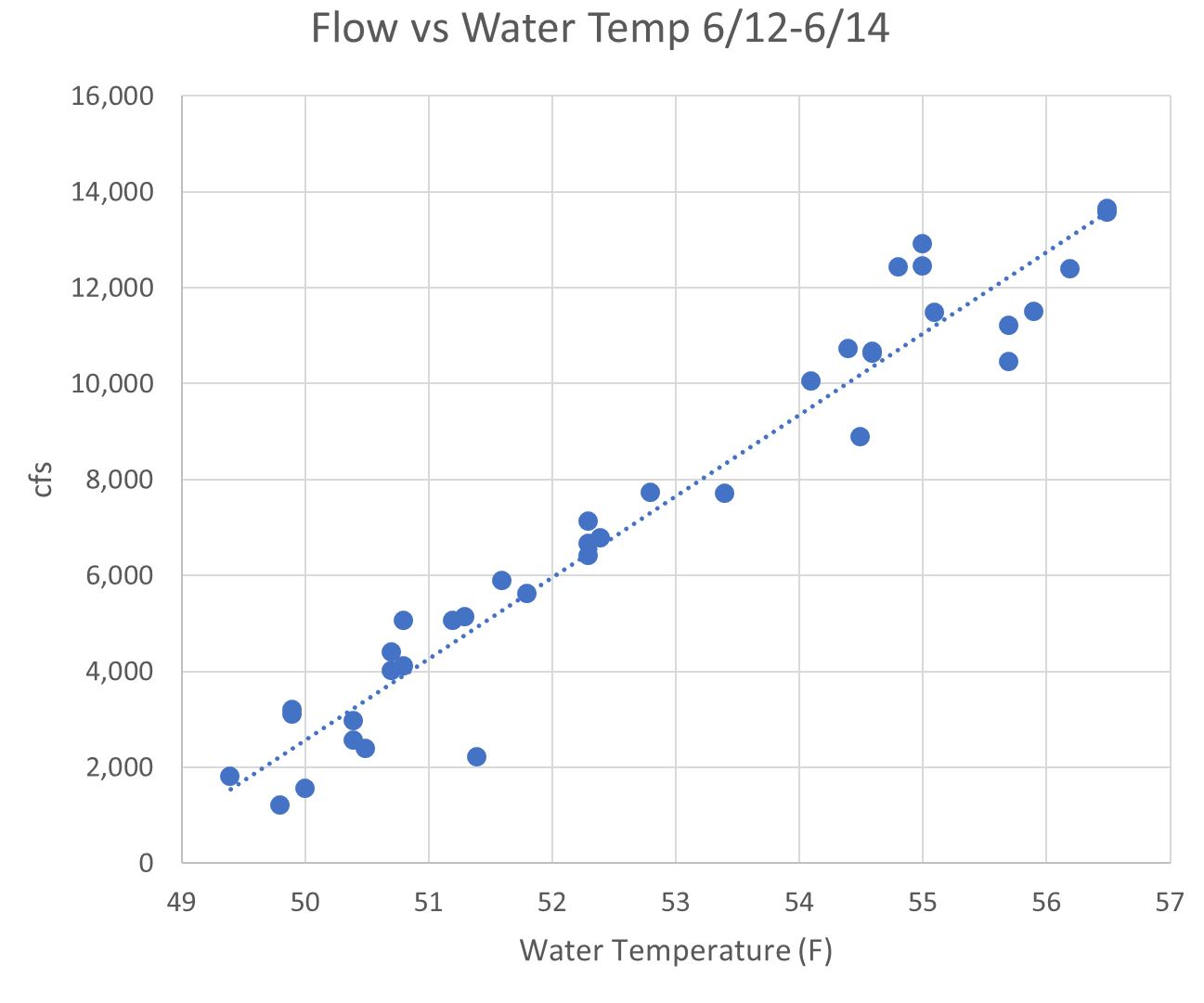 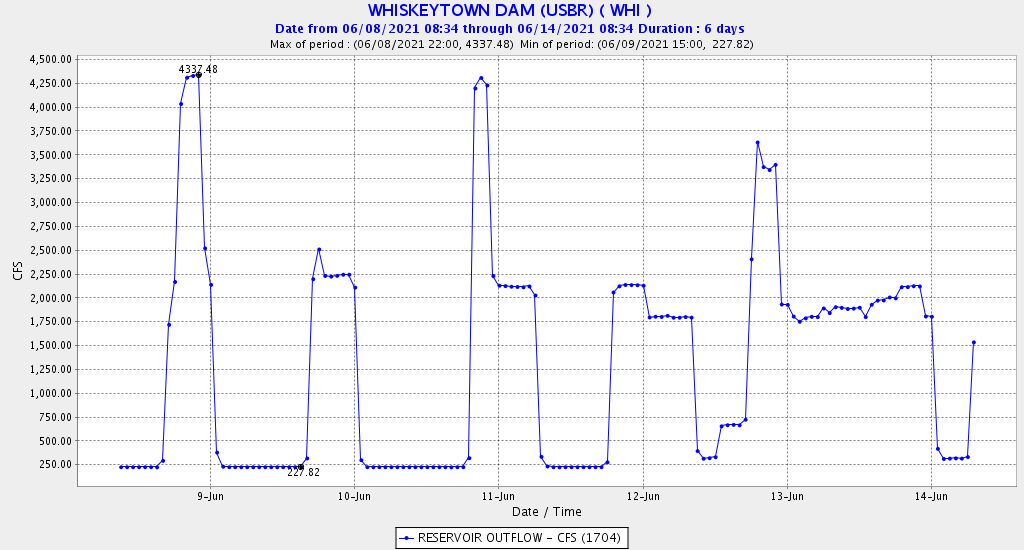 Figure 4. Total reservoir release (cfs) from Whiskeytown Dam, June 12-14, 2021. Note that of the minimum 250 cfs release, about 125 cfs were released to Clear Creek to maintain base flows and were not releases through Spring Creek Powerhouse. 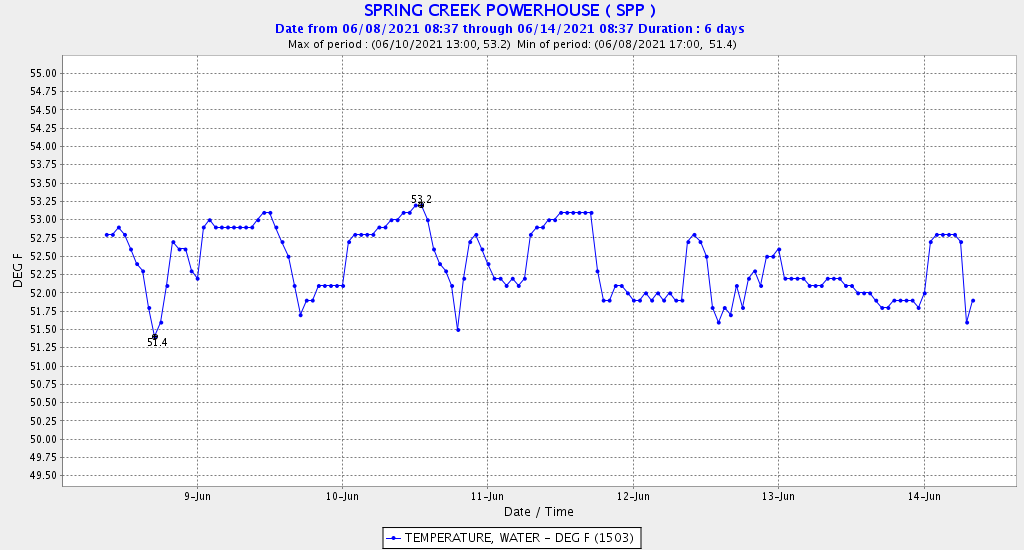 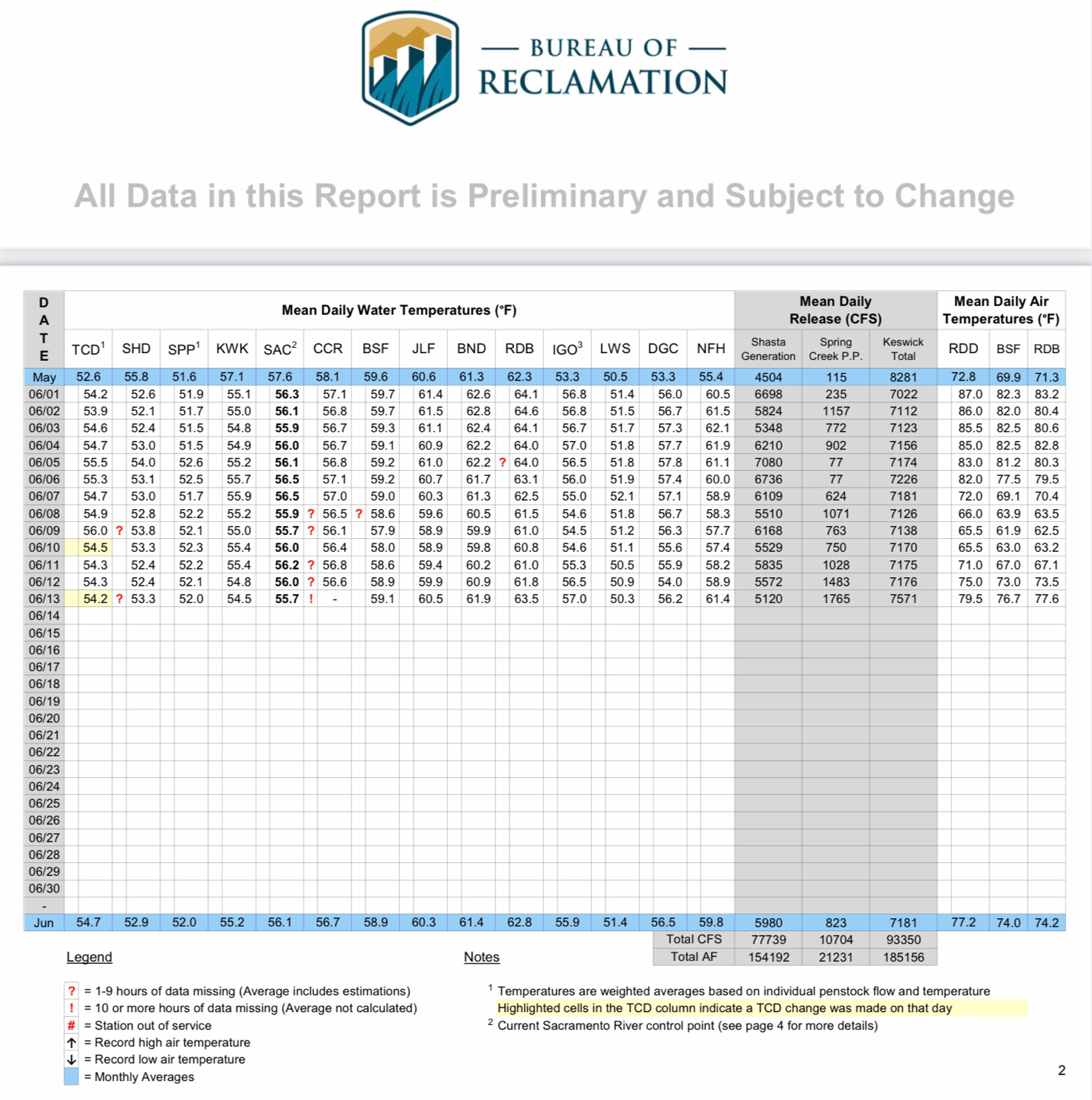 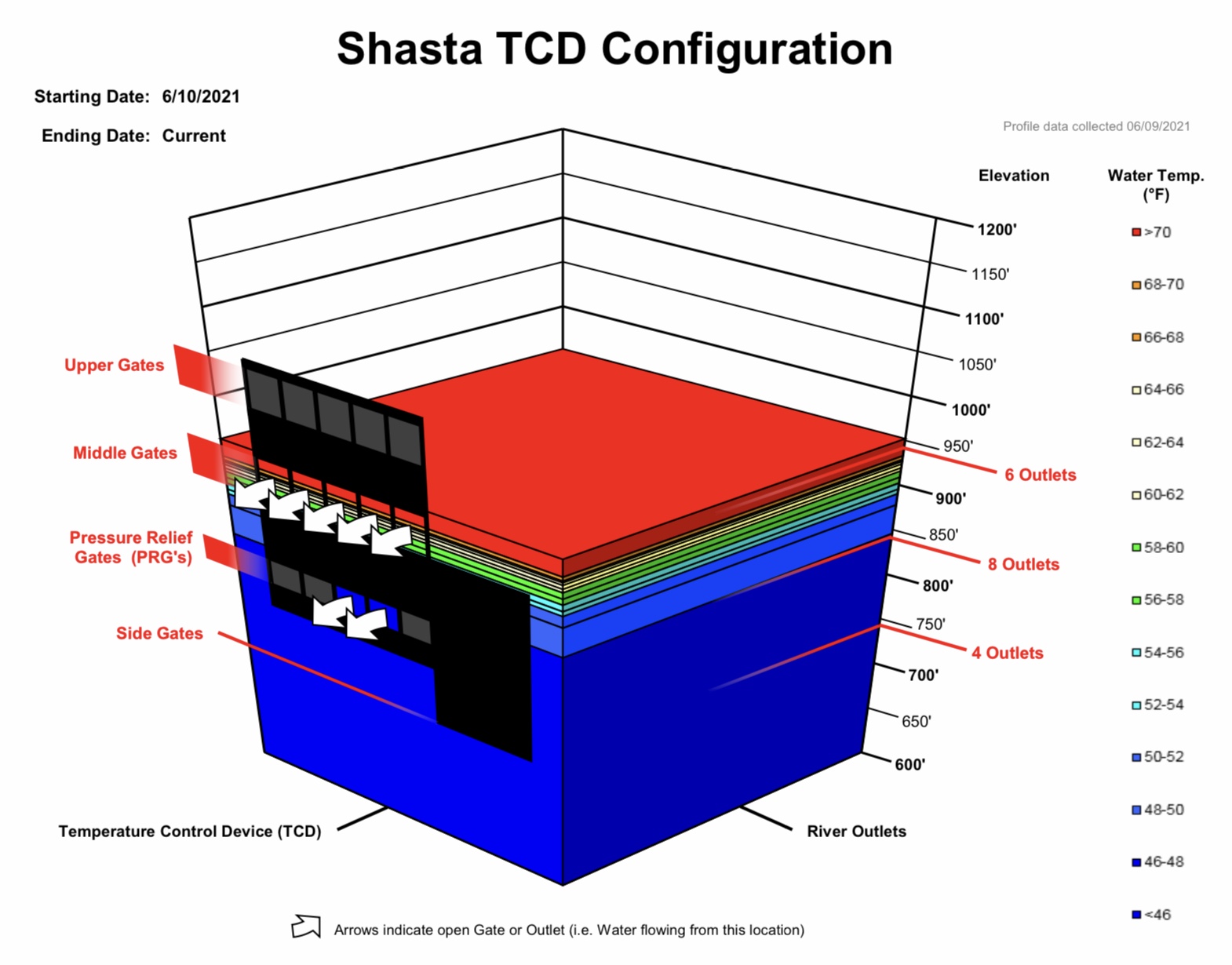