Since my last update in April, Delta and longfin smelt have continued their trends of record low numbers. I opined that they were not yet gone, but close, and that it remained to be seen whether the good conditions provided to date in 2016 could lead to some form of recovery for these two endangered species.  The prognosis remains poor.

Habitat conditions in the Bay-Delta remained good through April and May.  Below normal year estuary inflows were modest, and Delta exports were low thanks to caps in endangered fish species biological opinions.  Longfin and Delta smelt may have further benefitted from a rare spring plankton bloom.

A quick view of the status of smelt can be gleaned by comparing recent May 20-mm Survey results with those from last year, the fourth year of drought conditions, and those from 2010, the last below normal water year before the 2012-15 drought and after the 2007-09 drought.

The May 2016 survey (Figure 1) compares favorably with the 2015 Longfin pattern (Figure 2), but less so with 2010 (Figure 3).  Higher densities of longfin smelt occurred in Suisun Bay this year compared to 2015, although they are generally lower than in 2010.  Year 2010 had higher Delta outflow in spring, and longfin juveniles had a wider distribution and higher densities.

The May 2016 survey (Figure 4) shows little or no improvement in Delta smelt compared with 2015 (Figure 5), and poorer performance when compared to 2010 (Figure 6).  Most of the young Delta smelt in 2015 and 2016 were confined to the Sacramento Ship Channel in the north Delta, whereas in 2010 they were more widely distributed into the western Delta and Suisun Bay, albeit in very low densities compared to historical levels. 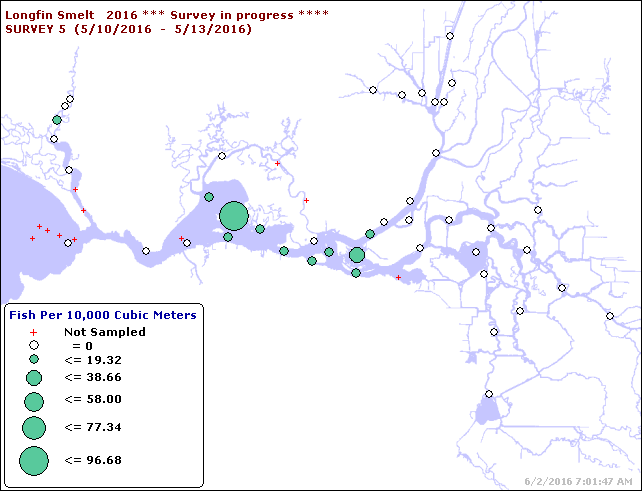 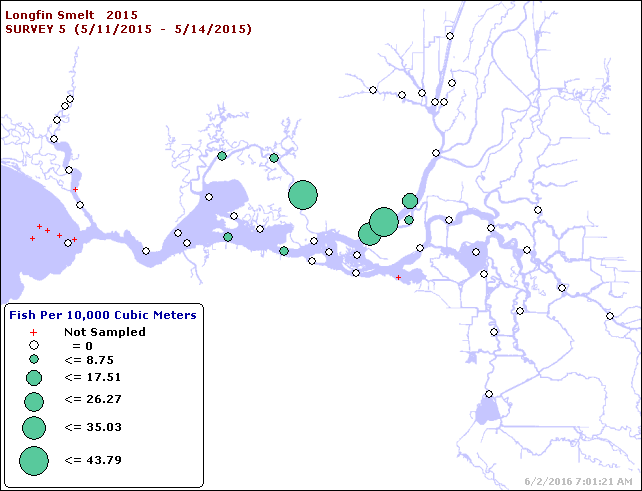 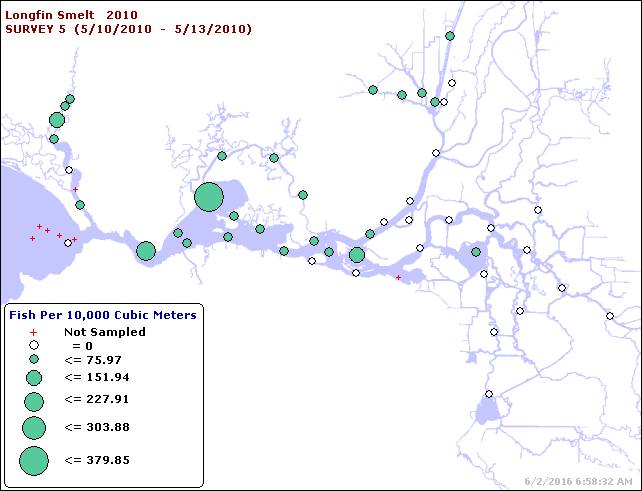 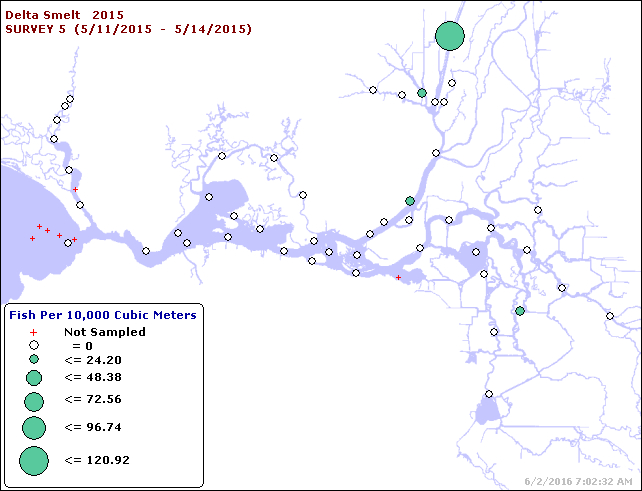 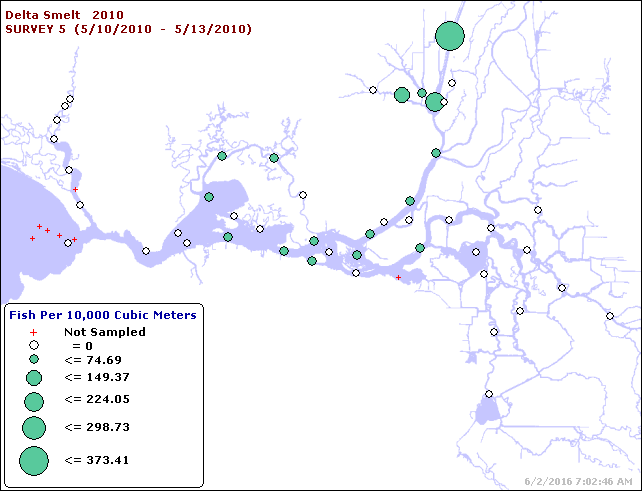