Last summer I opined on the loss of the Longfin Smelt from the Bay-Delta estuary1. A recent paper in the Transactions of the American Fishery Society looks to “disaggregating forces”… “By disaggregating the life-stage-specific constraints on population dynamics, our results can help to inform a future ESA listing decision for Longfin Smelt and can assist in development of the accompanying recovery plan if the population is listed”.2

What the authors of the study did was to separate the population into life stages or age groups to view the population dynamics to determine at which stage or age the apparent cause of the decline may be occurring. With a two-year life cycle, there are basically two life stages. Young Longfin are produced and rear in their first year in the upper estuary (Delta and eastern Bay). The second year they continue rearing in the Bay and nearby ocean until reaching maturity and returning to the upper estuary to spawn. The review came to the following conclusions:

While the first three “forces” were anticipated, the fourth indicates a decline in the production capacity of the lower estuary and ocean. The ocean has been a factor in recent decades decline and improvements in salmon, so why not Longfin? Seems logical. A decline in Bay productivity for whatever reason is more ominous. Could this be related to effects on the Bay from higher Delta exports over the last several decades, recent multiyear droughts, or the combination of both? Has the productivity of the Bay been compromised? “[T]he mechanisms affecting juvenile survival are more likely to operate in mesohaline or marine environments than in freshwater or low-salinity-zone waters.”

The facts remain that the population of Longfin Smelt in the San Francisco Bay-Delta estuary has crashed. The numbers recorded in recent index years is especially low (see footnote #1). 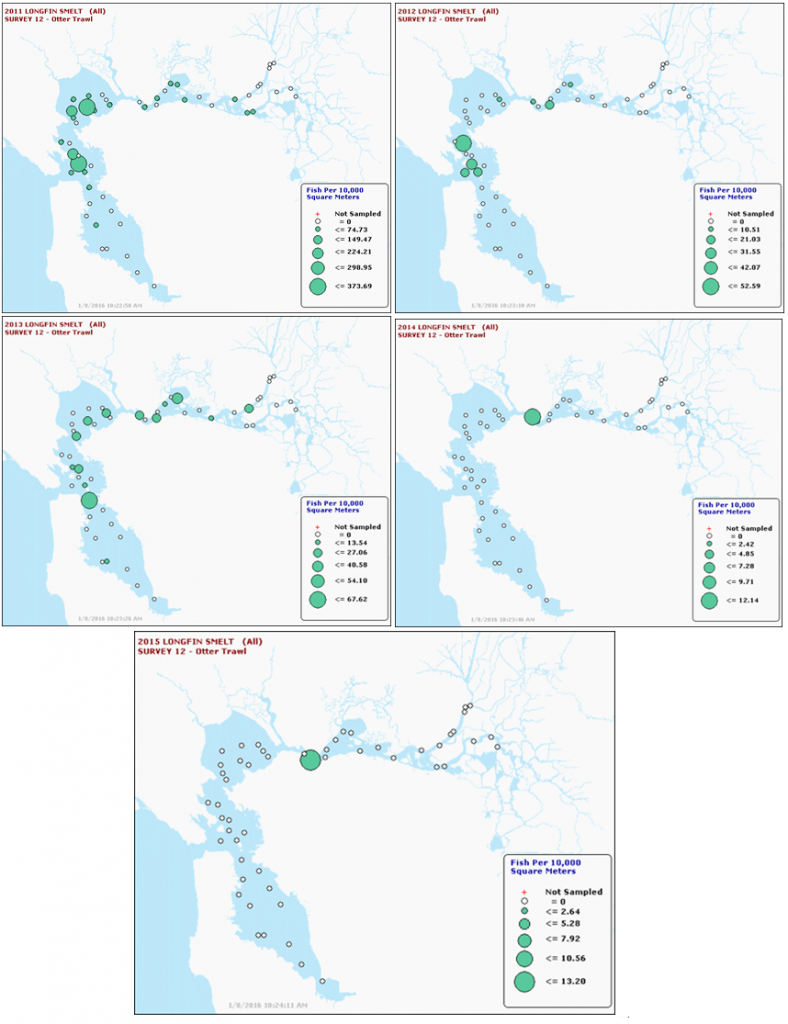 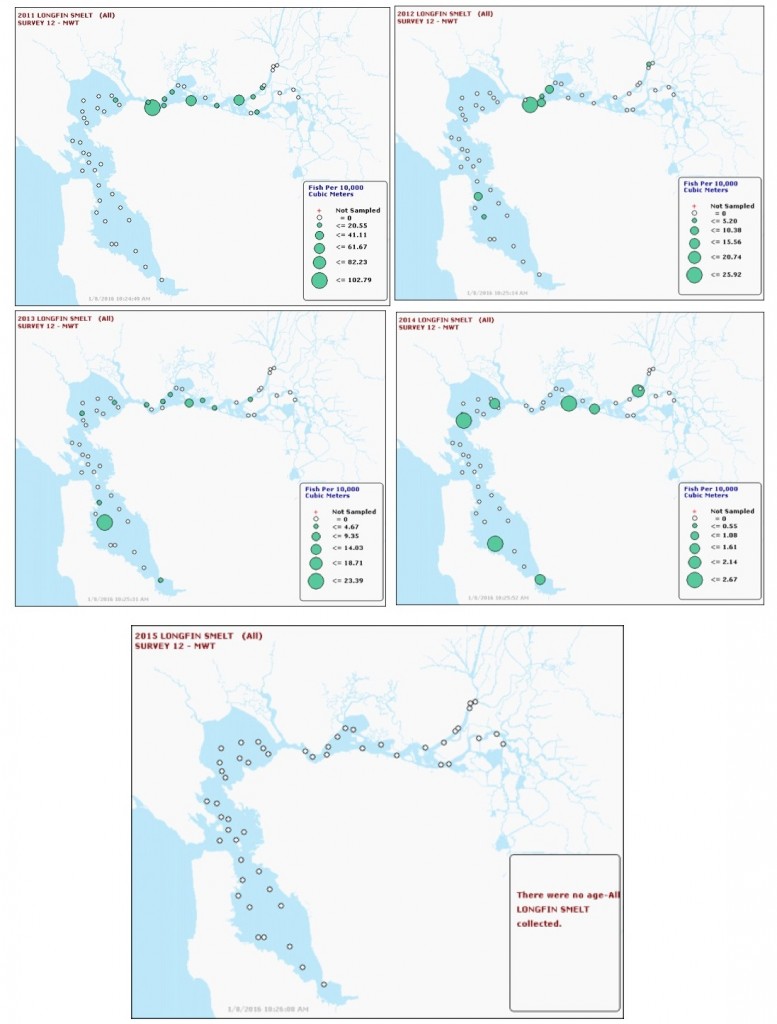